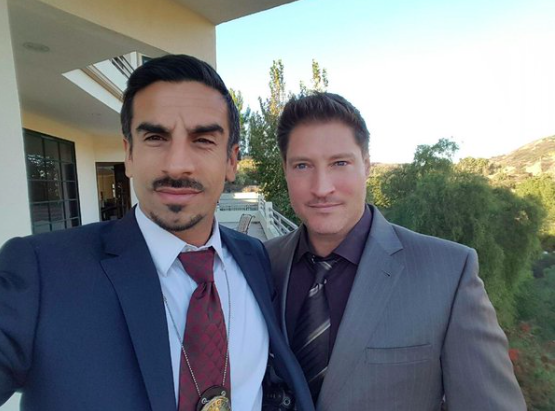 On Wednesday, November 11 Sean tweeted more photos from day two filming “SouthBeach32.” Kanan is pictured with his co-star Robert Paul Taylor – the duo is dressed in their finest detective clothes. The actors look as if they are taking their roles very seriously.

The movie is written and produced by Robert Paul Taylor (“East Los High”) and Jake Barsha (“The Funny Man”). No release date has been announced yet for “South32,” but it appears that it will be released sometime in 2016.

Never fear “Bold and the Beautiful” fans! Sean Kanan is NOT leaving the daytime drama. “SouthBeach 32” is a project the actor is working on in addition to his duties as Deacon Sharpe on “B&B.”