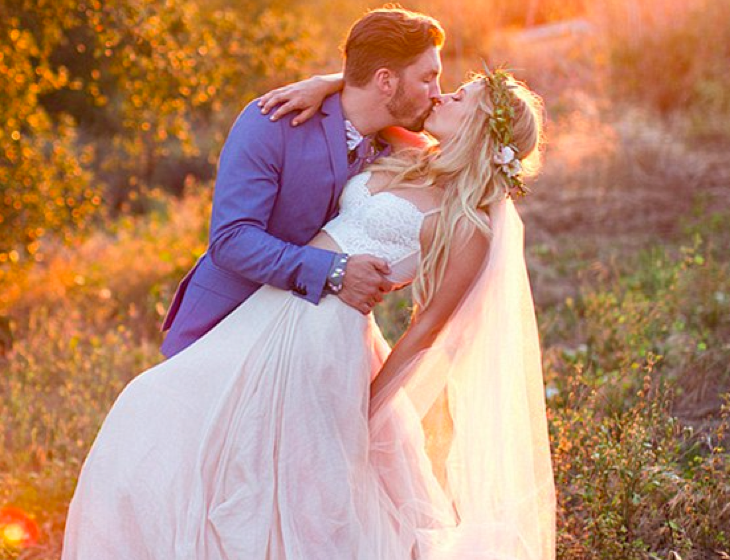 “As The World Turns” star Vanessa Ray is a married woman! Vanessa Ray attended her fair share of weddings on the now cancelled daytime drama “As The World Turns”, but this month she attended her very own nuptials and married her long time boyfriend, musician Landon Beard after a short engagement. The couple announced that they were planning a wedding in January 2015.

According to a report from Soap Opera Digest, Vanessa and Landon were married on Sunday June 14 in Pala, California at Candor Nest Ranch in front of a host of friends and family. And, some of our favorite soap opera stars were in attendance. Apparently, “The Young and the Restless” star Kelly Sullivan, who plays Sage, and “Bold and the Beautiful” star Kim Matula were on hand for Vanessa’s big day.

For those of you who aren’t familiar with Vanessa Ray, she played the part of Teri Ciccone on “As The World Turns” from 2009-2010. After the daytime drama was sadly cancelled Vanessa moved on to other roles, and made a huge splash as CeCe Drake on the hit ABC Family drama “Pretty Little Liars.” On top of a handful of movies, Vanessa is currently starring on the CBS drama “Blue Bloods.” The actress made her “Blue Bloods” debut as Officer Eddie Janko in 2013 during Season 4. Vanessa’s husband Landon also has a few TV shows under his belt, and you may have spotted him on “Gravity,” or the movie “Generation Um,” where he starred along side Keanu Reeves.

We want to officially congratulate Vanessa Ray and Landon Beard on their wedding, and good luck to them both!

See Instagram video Vanessa shared of her and Landon below!