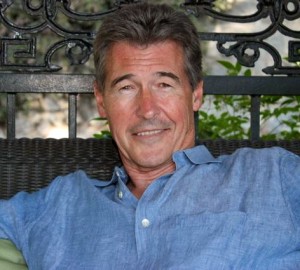 Randolph Mantooth (ex-Hal Munson) on the now defunct daytime drama “As The World Turns,” (ATWT) announced yesterday – via his official Facebook page – that he was diagnosed with cancer earlier this year. The actor, who also appeared on other soap operas – “One Live to Live” (OLTL) and “General Hospital” (GH) just to name two – reassured fans that he has successfully completed treatment.

The actor – who also starred on the long-running series “Emergency!” – acknowledged his long absence from social media. Mantooth thanked fans and followers for “hanging in there” with him and for their unfailing loyalty. Randolph Mantooth announced that he has successfully completed treatment and has begun the long recovery process. When diagnosed with cancer he chose to share the news with only a few friends and family members. They respected his privacy regarding his illness and have been there to help him every step of the way.

Asking fans to continue to be patient and loyal, Randolph Mantooth said he cannot promise fans that he will be posting regularly to Facebook or writing blogs any time soon. “I’ll let you know when I’m back on the road again! You’ll see my signals flashing. Thank you and God bless you all,” the actor posted.

Sadly, Mantooth lost his sister Nancy Jean Mantooth Dehoyos on Aug. 26 to her own long battle with cancer. “I feel blessed I was able to spend time with her in Houston and had the opportunity to say goodbye to her just before her passing.”

Randolph Mantooth did not specify what type cancer with which he had been diagnosed. He did say he is getting stronger every day and hopes to return to his normal live as quickly as possible. Many prayers, healing and positive thoughts were promised by fans responding to Randolph Mantooth’s post regarding his cancer diagnosis and treatment. Many condolences were offered regarding the loss of his sister Nancy.

We also offer our positive thoughts and prayers to Randolph in his recovery from cancer – as well as our condolences for the loss of his sister. We look forward to hearing more about the actor’s journey back to health. Get well Randy!

‘The Young and the Restless’ (Y&R) News: Elizabeth Bogush Cast As New Doctor In Genoa City

‘The Young and the Restless’ (Y&R) RUMOR: Sharon Meets Patty Williams At Fairview – They Plot To Steal Sage’s Baby