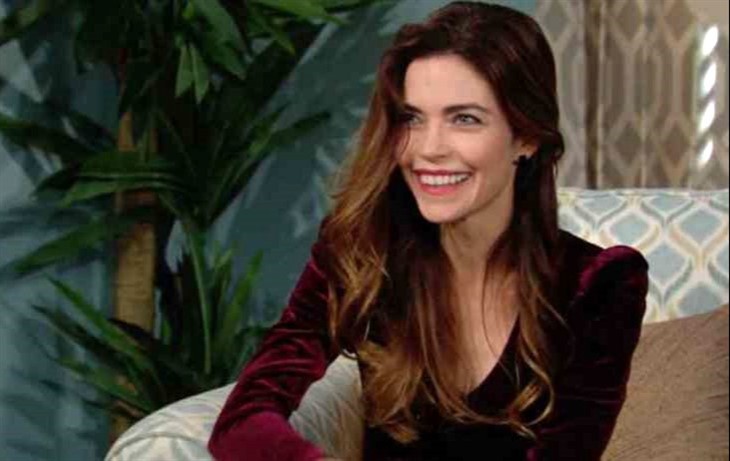 The Young and the Restless (Y&R) spoilers reveal that Victoria Newman (Amelia Heinle) has healed from her traumatic ending with Ashland Locke (formerly played by Robert Newman). Victoria has been single ever since, so it might be time to give her a new romantic story. Could Victoria’s enemy turn into her lover? Keep reading to find out what could happen to these characters.

The Young And The Restless spoilers – Ashley Abbott’s Romantic Fate

Y&R spoilers reveal that Tucker McCall (Trevor St. John) came back to Genoa City and immediately set his sights on Ashley Abbott (Eileen Davidson). Even though the two have a romantic history, it’s not a good one. So, Ashley was wary when Tucker kept trying to woo her.

Then, Ashley slept with Tucker. Afterward, she found the file on the plans for Jabot. Of course, Ashley told Jack Abbott (Peter Bergman) about it. After Tucker experienced several losses in a row, he still held onto the hope of another chance. Ashley might give Tucker a real chance one day, but it’s not going to be soon.

While Tucker is still pining over Ashley, Victoria’s entire focus is on Newman Enterprises. After Victoria healed from the Ashland trauma, she threw herself into her work. Victoria had huge plans for Newman Enterprises to acquire several small businesses that would be low-risk but have a generous payoff.

While Victoria’s storylines could continue to be business-based, she seems overdue for a romance. So, who could Victoria be paired up with next?

The Young And The Restless spoilers – Rivals Pushing Buttons

The Young and the Restless spoilers reveal that during the week of January 23, Victoria will push Tucker’s buttons. However, soaps often use hate as a bridge to love. So, it’s entirely possible that Victoria and Tucker’s rivalry could turn into a passionate love affair. That would certainly be scandalous for the Newman family!

Fans know that Adam Newman (Mark Grossman) has done a lot of terrible things. However, he’s also done a lot of good, including saving the lives of both Nick and Faith Newman (Reylynn Caster). It seems that no matter how much good Adam does, certain people can’t get past his past deeds.

One of these people is Victoria, who does all kinds of terrible things but remains Victor’s golden child. With Victor wanting Adam back into the family fold, could Victoria and Tucker’s possible romance be part of that story? It’s possible that Victoria and Tucker will keep their passionate affair a secret. If Adam exposes it, how will Victor react?

Do you think Victoria and Tucker will be paired together? Will they keep the romance a secret? If so, Adam could expose the forbidden lovers. What does that mean for the future of the Newmans as well as the family empire? Share your thoughts and remember to keep watching the CBS soap to find out what happens next.

GH Spoilers: Cody Realizes He Knows Gladys — Will He Tell Sasha The Truth?

Days Of Our Lives Spoilers: Harris Is Jada’s Ex!