Days Of Our Lives Spoilers: Harris Is Jada’s Ex! 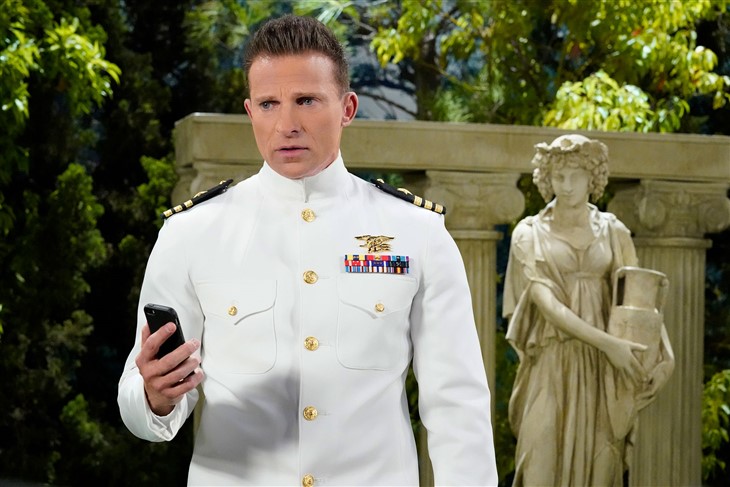 Days of Our Lives spoilers tease that Jada Hunter (Elia Cantu) came to Salem last year and immediately hit it off with Eric Brady (Greg Vaughn). She mentioned that she had recently been divorced but that didn’t stop her from pursuing a romance with Eric. Things were going very well for them until Eric decided that he wanted to reunite with Nicole Walker (Arianna Zucker). Sadly, Jada found out she was pregnant with Eric’s baby around the same time. Nicole convinced Jada that having Eric’s baby was a bad idea so Jada had an abortion. Although Eric and Jada are civil with each other, things between them remain awkward.

Days Of Our Lives spoilers – Jada Hunter Is Trying To Move On!

Jada is moving on the best she can, focusing on her job as a police officer. At the moment she is working to help get a conviction in the Kristen DiMera (Stacey Haiduk) case. Kristen is accused of letting Kate Roberts (Lauren Koslow), Dr. Kayla Johnson (Mary Beth Evans) and Dr. Marlena Evans (Deidre Hall) die by withholding the cure that could save them. That cure was derived from a rare lotus plant that was apparently stolen from Kristen. But who could have stolen the orchid?

Viewers of Beyond Salem Season 2 know that Megan Hathaway (Miranda Wilson) was in search of three mysterious prisms that contained all kinds of medical knowledge and cures. If Megan needed the orchid as well, she may have sent her henchman Harris Michaels (Steve Burton) to retrieve the elusive flower from the DiMera secret room. When Harris was last scene he had been captured by the ISA and was being tested to see if Megan had brainwashed him. But Harris may truly be working for Megan and could possibly have escaped.

Days Of Our Lives Spoilers – Jada Hunter Might Have Once Been

Jada’s personal and professional lives may be about to collide. If the investigation into the missing orchid shows a familiar face, Jada will certainly be shaken. Could her ex-husband be the very person that she is pursuing? Jada has commented that she worked hard to save her marriage so there might still be residual feelings between the two. Would Jada compromise her investigation in order to save a man she was once madly in love with?

Could Harris be Jada’s ex-husband? Is Harris still working with Megan? Did he steal the orchid? Anything can happen in Salem so stay tuned to Days of Our Lives streaming every weekday on Peacock. And don’t forget to check back right here regularly for all your Days of Our Lives news, information and spoilers!

Savannah Chrisley Believes She Fights With Jesus On Her Side