Y&R Spoilers: Kyle Growing Sick Of His Parents, Sides With His Wife 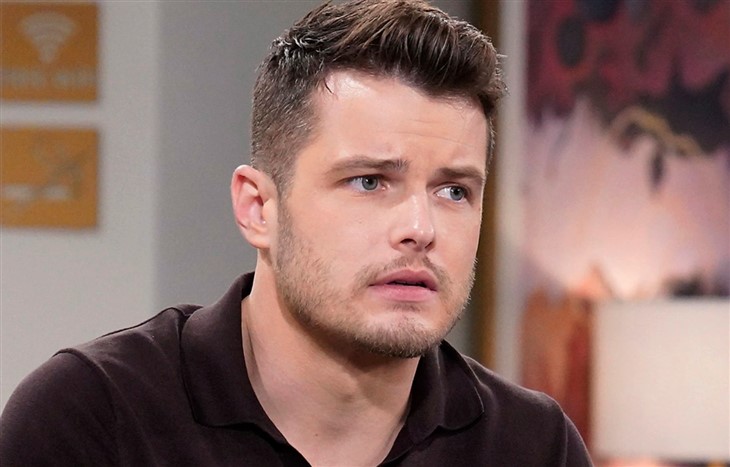 The Young and the Restless (Y&R) spoilers show that Kyle Abbott (Michael Mealor) has been staring at some important information that will be released. Kyle ought to be able to pick up on Jack Abbott’s (Peter Bergman) and Diane Jenkins’ (Susan Walters) evolving emotions, but he can’t. Given the lengths Jack was willing to go to, you would believe that Kyle at least has a pretty good idea of the shifting energy, even if he isn’t feeling it.

That reveals a lot about Jack’s level of devotion. He used a valuable item of jewelry from Nikki Newman (Melody Thomas Scott) to set up Diane’s perilous adversary! Clearly, Jack would have done anything to be rid of Jeremy Stark (James Hyde). That’s because Jack has become totally smitten with Diane after being enchanted by her.

The Young And The Restless Spoilers – Kyle Abbot Not Going To Play Ball?

But there is unrest everywhere in Genoa City. Jack and Diane won’t be able to take in the afterglow for very long since a backlash is growing. Diane and Jack will have a tender moment the day after their lovemaking spree, but Kyle and Summer Newman-Abbott (Allison Lanier) will learn a shocking truth.

It turns out that Jack will be standing much too near to Diane to be comfortable when Summer and Kyle come downstairs. Kyle and Summer will find out that Jack and Diane are now dating, and they’ll both freak out when they hear some unexpected news.

Although Kyle has been defending his mother to Summer, he has never supported a Jack and Diane reunion. Kyle is on the verge of losing his composure and might assert that Diane chose Jack as her romantic interest right away. Naturally, Diane is very powerful, especially in regards to Kyle. Maybe Diane will stand up for her relationship with Jack and convince Kyle that they deserve a fresh start.

Jack would agree and point out that he has the freedom to make his own choices. Kyle does not have to concur, but Jack will want his son to carry out his instructions, and right now, Jack’s instructions are for Diane.

What do you think? Are you a fan of Jack and Diane getting back together or should they keep apart after everything that has happened over the years? Share your thoughts and remember to keep watching the CBS soap to see what happens next.

Days Of Our Lives Spoilers: Gabi Knocks Stefan Out, Can She Get Him Deprogrammed