The Bold And The Beautiful Spoilers: Bill Will Deny Brooke, Stands Firm With Sheila 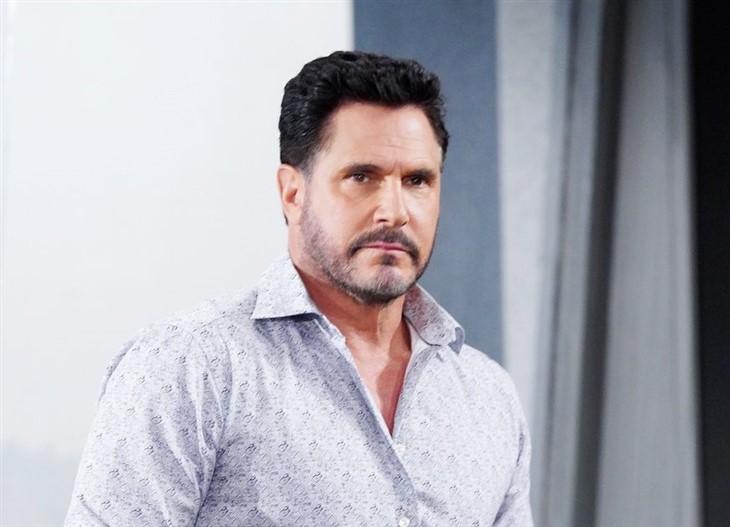 The Bold and the Beautiful spoilers show that something has been going on with Bill Spencer (Don Diamont). It feels like he is under some kind of mind control or other shenanigans by Sheila Carter (Kimberlin Brown) and she is using him as a dog to do tricks for her.

Fans know that there has to be something deeper going on and that he hasn’t simply decided on a whim that he is in love with Sheila and is going to defend her no matter what. Brooke Logan (Katherine Kelly Lang) brought this up to him and for a moment it looked like he was agreeing with her, but I think we all know this is set-up.

Brooke knows there’s something else underneath his act, and she wants him to think about and remember all the good times they had together. We then get a run-of-the-mill flashback scene to them when they were younger and spending time together, but surely, this isn’t going to be enough for Bill to stand up to Sheila, especially if he is indeed under some form of mind control.

We think that Bill and Sheila are going to do something to Brooke to keep her from talking to anyone else and spreading the idea that Bill is being played. Brooke is a loose end at this point, and Sheila won’t be taking any chances.

Whether they hold her captive or try to kill her, we’re not sure, but we are confident that Bill is going to deny Brooke’s help and stand tall by Sheila, so he will surely do what she asks, though he may be conflicted with the choice that he has to make, he will do it for Sheila to make her happy.

What do you think? Will Brooke get her revenge on Sheila for what she’s done and will she be the voice of reason for Bill Spencer and convince him to leave her? Share your thoughts and remember to keep watching the CBS soap to see what happens next.

The Bold And The Beautiful Spoilers: Bill Dumps Sheila At The Altar