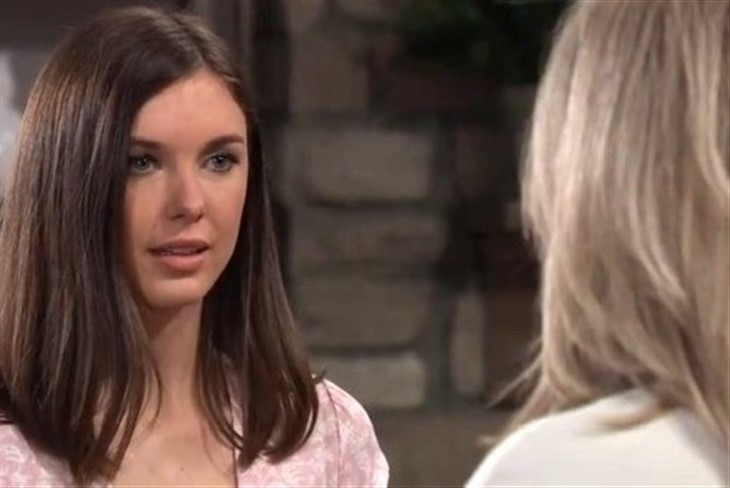 General Hospital Spoilers tease Willow Tait (Katelyn MacMullen) has granted Carly Spencer (Laura Wright) some grace. Forgiving her was the last thing Carly expected, but then again, she wouldn’t have expected from anyone else. Willow is a kind woman who has made considerable room in her heart for the people who have wronged her; everyone but Nina Reeves (Cynthia Watros), that is.

Finding out Nina is her birth mother has come as quite a shock for Willow, but that doesn’t mean it’s going to change their relationship, or lack thereof. However, there could be change in store for Carly’s relationship with her son, Michael Corinthos (Chad Duell).

Despite what he says about how much he loves his mother and needs her in his life right now to offer support, Michael is going to struggle to let go of what Carly has done. He doesn’t want to feel the way he does, and Willow is certainly going to encourage him to give up his anger. Right now, they need all of the prayers, support, and love on their side they can get. Michael knows this, logically, but emotionally he will find his relationship is growing more strained with Carly. How is she possibly going to fix this?

GH Spoilers – Reveal Michael Could Warm Up To His Father

On the flipside, as Michael loses the connection to his mother, he just might feel more inclined to open back up to his father — something Willow has been pushing for for a long time now. With Sonny Corinthos (Maurice Benard) re-entering Michael and Willow’s orbit, he’s certain to bring Nina around and that could make for some interesting opportunities for Willow to consider seeing Nina in a different light. Nonetheless, Sonny and Michael will be on the mend and that’s going to create drama with Dex Heller (Evan Hofer) when Michael tells him to call the whole thing off and get out of town.

General Hospital spoilers show Michael will find he is no longer interested in seeking payback on Sonny. Instead, he wants to relieve Dex of his duties and move forward with a new plan — targeting his mother. He might not go after only her either.

When he finds out Drew Cain (Cameron Mathison) isn’t holding Carly accountable and has already jumped back on track with their relationship, it might change the way Michael feels about Drew. Some fans are speculating that Michael could reflect on the information he has on both of them and report them to the SEC for insider trading? Stay tuned for more General Hospital news and spoilers just ahead to find out!