GH Spoilers: What’s Up With Cam? Is He About to Form An Alliance His Friends Don’t Approve Of? 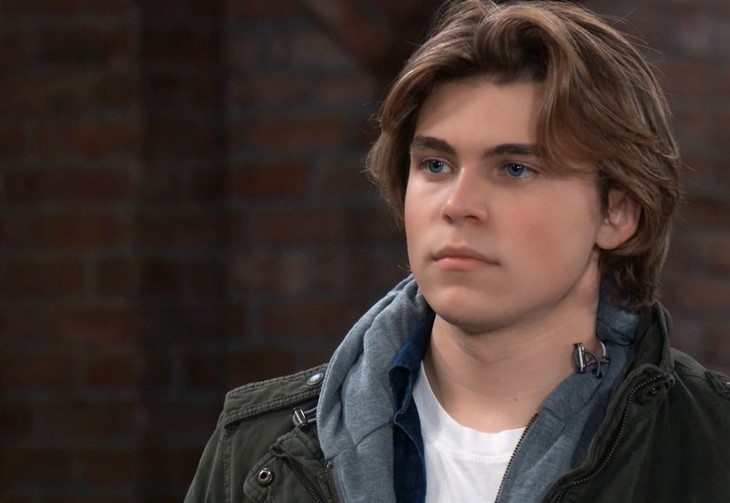 Spencer Cassadine (Nicholas Chavez) has a different theory, and he thinks it has something to do with Dex Heller (Evan Hofer). Trina Robinson (Tabyana Ali) hasn’t weighed in, and that’s probably best since she’s really Joss’ best gal pal. With Cam losing it on Spencer when he interrogated Joss on Cam’s behalf, he might find himself feeling lonely and isolated from his friend group, and that’s the perfect time for someone else to enter it.

Just when Cam thinks his life can’t get any more emotionally upsetting than being dumped by Joss, he’s going to feel the ultimate betrayal soon from somewhere much closer to home. Cam knows his mom, Elizabeth Baldwin (Rebecca Herbst) and Hamilton Finn (Michael Easton) are on the outs, but he never has received a solid answer as to why.

That’s going to change soon as he discovers what his mom has really been up to — including holding Esme hostage from the police instead of turning her in. When Cam realizes his own mother put Nikolas ahead of her son’s well being, it’s going to be impossible to stomach. Will Cam blame Liz for contributing to his breakup with Joss as he assumes it never would’ve happened if Esme would have been forced to pay for her crimes?

There’s someone else in town who isn’t too keen on Nikolas and Elizabeth right now. Ava Jerome Cassadine (Maura West) has big plans for Nik in their divorce. He won’t know why hit him. However, stealing Wyndemere away won’t put a dent in Elizabeth’s life and she deserves some payback for her role in this mess as far as Ava is concerned. Ava did promise Elizabeth she would be sorry. Is it time to pay the piper? As Ava sits down to commiserate with Cam, they’ll quickly realize they share common ground where their enemies are concerned.

Will Ava and Cam join forces to make Elizabeth pay a steep price for her choices, too? Might a love affair between them be just what they need to drive Liz mad? Whether it’s real or staged won’t matter because they’ll need everyone to believe it for it to work — including their friends. When Spencer grills Cam about the time he’s spending with Ava and what they’re planning?

And Cam doesn’t dress up, it may pit both of these young men against one another for the first time in a long time. Just as Spencer and Ava are also starting to see each other in a different light, it could make her the object of more than one young man’s affection. Stay tuned for more General Hospital news and spoilers to find out who wins and loses in this game of love and hate.

Todd Chrisley Clarifies His Wife Julie Being In A Medical Prison