GH Spoilers: Liz Is Stunned When Spencer Steps Up To The Plate As Esme’s Baby’s Father 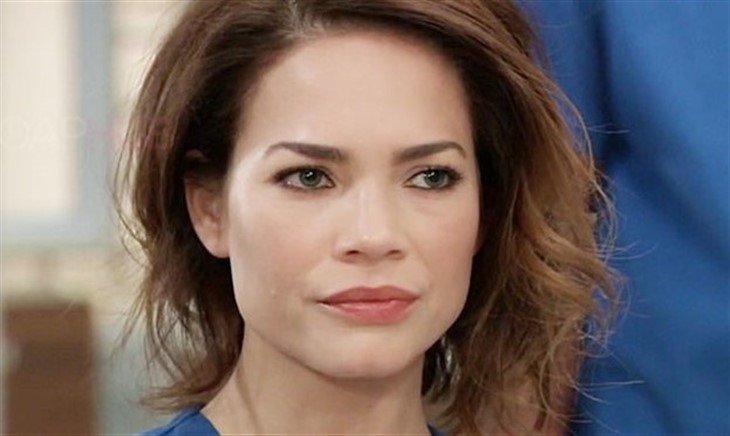 She has no idea what will become of her baby, and for as long as she continues to claim to be suffering from memory loss, will have no clue who the father of her child is. However, Nikolas has already announced it’s his baby. Counting on Esme not knowing that, Spencer hopes to get back into Esme’s good graces and use that to his advantage when pursuing custody of his future half-sibling.

Is Spencer really ready to be a baby daddy? While he’s not trying to pretend he is the biological father of Esme’s baby, he is hoping to become the father-in-residence to her child. Clearly, Esme is going to be tied up in prison for some time. Nikolas’s future doesn’t look so hot with Ava Jerome Cassadine’s (Maura West) intent to strip him of everything he owns — perhaps even his reputation.

Spencer isn’t saying he’s the father, but he will claim to be a better potential father than his own would be. Could he coax Esme into supporting him in this fight if he gives her reason to believe he would be a better parent to her baby than Nikolas would? If Esme was on his side, that could go a long way in a court convincing a judge to hand the baby over to Spencer instead of his or her biological father.

It’ll be pretty impressive when Spencer gets Esme to agree that he should be the guardian of her child. For whatever reason, she believes Spencer and thinks he has a good heart. Nikolas could attempt to change that and confuse Esme, and Heather Webber (Alley Mills) will certainly only fuel that issue because she wants nothing more than for Esme to hold onto her own child.

Still, Esme is going to be drawn to Spencer — perhaps because of their past connection when she really was in love with him. With Alexis Davis (Nancy Lee Grahn), Diane Miller (Carolyn Hennesy), Ava, Trina Robinson (Tabyana Ali), and others on Spencer’s side, it’ll have Laura Collins (Genie Francis) waffling and wondering whether she should stand alone next to her own son, or favor her grandson like everyone else seems to.

When Nikolas feels the threat of criminal charges creeping in as his loved ones turn against him in favor of supporting his son, he just might decide his family really is better off without him — and that he’s better off without them! He recently expressed such feelings to his mother, Laura, and she was dismayed with his perception of his life. When he let his family think he was dead for four long years, they were devastated. The way Laura sees it, nothing could be worse, but Nik knows Victor has the intel needed to make sure Spencer gets custody if Nik goes to jail.

He may jump ship and leave town altogether before he lets that happen, which would leave Liz standing on her own when Victor reveals what they were up to holding Esme hostage. Will Spencer’s plea for custody — and how unnerved it makes Nik — make her run for the nearest exit too? Would she really abandon her boys that way, or might she decide to call Scott Baldwin (Kin Shriner) and come clean before the police are at her door? Stay tuned for more General Hospital news and spoilers just ahead.