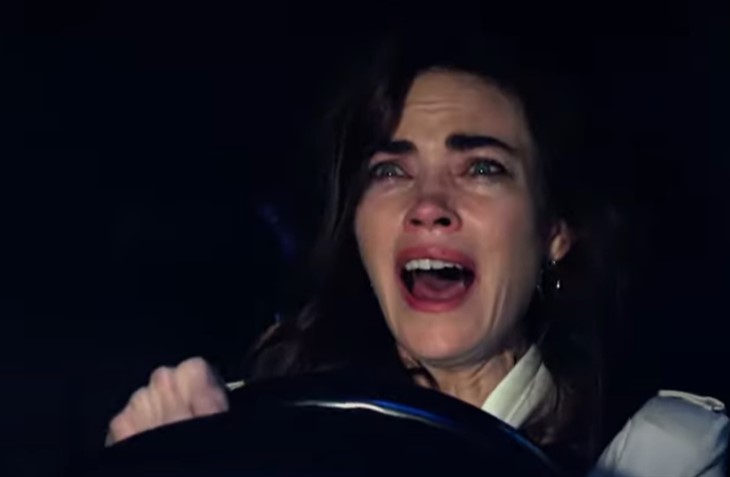 The Young and the Restless spoilers document Victoria Newman Locke’s (Amelia Heinle) car accident gives her husband an opportunity. While Ashland Locke (Robert Newman) is teased to complete legal documents that annuls his marriage and enables an exit from Newman-Locke, the emotional tie he has with Victoria will not be severed.

Victoria’s terrible car accident impacts what seemed like a sealed deal. It appears as though Heinle’s character will be involved in a car accident that is linked to the end of Jordi Vilasuso’s (Rey Rosales) run on the show.

While everyone will be concerned about those involved in the crash, Ashland’s time in Genoa City, Wisconsin, appears to be extended through the drama.

Victoria’s nickname, The Ice Princess, was harsh. It is arguable, if not exact, to say that Victoria’s tough demeanor was forged by being Victor Newman’s (Eric Braeden) first-born child and Billy Abbott’s (Jason Thompson) multiple-time wife.

No other known human being on the planet is known to be Victor’s first offspring. Assuming a soapy reveal does not change that element of Victoria’s backstory, she will always be the person who completed the greatest tests the Moustache offered.

As for Billy, he became a weight around her neck. It proved so heavy that Billy recognized that he and Victoria could not go on. Victoria’s view of Billy led her to believe that Ashland was different. He is but not in the way that was hoped.

Y&R Spoilers – Ashland Locke Did It

Incredible as it may seem, what Ashland admits to Victoria can be seen as worse than when he assumed his dying friend’s identity or stole his mentor’s inheritance.

Lying about cancer to evoke Victoria’s sympathy and then using that to deepen a perceived romantic bond to manipulate her into pushing for the merger of Newman Enterprises and The Locke Communications Group is infinitely reprehensible.

Victoria appears to have baited Ashland into signing the annulment papers and stepping down as Newman-Locke’s Chief Executive Officer. Without the accident, he would have been out for revenge. But that event creates another reason for viewers to watch the revised outcome.

The Young And The Restless Spoilers – Villain Target Of A Hit?

It feels like Ashland’s life is more endangered than Victoria’s, even with her serious car accident. Why else have a variety of characters threaten to do something to him as a lead-up to Victoria’s crash?

Newman has been a great addition to the cast. Richard Burgi (Ashland) helped to create an engaging character. Newman has taken the character to a different level through his efforts, those of his co-stars, and excellent scripts.

While Victoria may not be able to get past Ashland’s dastardly deeds, hopefully, TPTB allow the character Newman is now playing to endure rather than be the victim of a revenge hit.