Y&R Spoilers: Ashland And Diane Team Up To Kidnap Harrison? 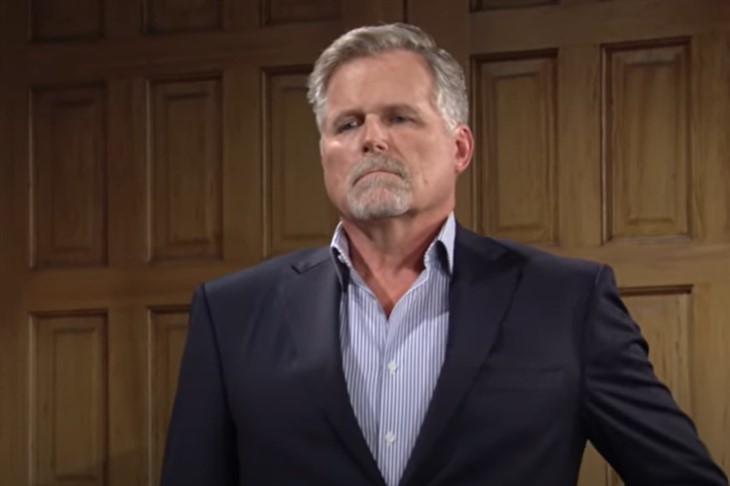 The Young and The Restless (Y&R) spoilers and rumors tease that after Ashland Locke (Robert Newman) moves out from where he and Victoria Newman-Locke (Amelia Heinle) were living as husband and wife, he’ll get a long term suite in the Grand Phoenix, like most everyone else in Genoa City! Guess who else booked herself a suite at The Grand Phoenix for a long term stay? Diane Jenkins (Susan Walters) using her alias of Taylor Jensen! The two of them find they have one very important thing in common – Harrison Locke (Kellen Enriquez); no viewer of The Young and The Restless will be surprised if the two team up to kidnap him!

The Young And The Restless Spoilers: Harrison Locke Is Ashland Locke’s Legal Son And Diane Jenkins’ Grandson By Birth

Viewers of The Young and The Restless will recall that while Ashland Locke allowed for Harrison to move to Milan with his birth father Kyle Abbott (Michael Mealor) he never gave up legal custody or rights; so technically, Ashland is still Harrison’s legal father. Viewers of The Young and The Restless also know that Diane is Kyle’s birth mother, so that makes her Harrison’s grandmother by birth, and when they run into each other at The Grand Phoenix they’ll find they have a lot in common.

Not only do they have Harrison in common, they are both manipulative schemers who are power and money mad, and that could make a particularly explosive combination! And while they may not form a romantic union, at least not right away, they could tag team to snatch the tot; it’s a win-win situation – Diane would have her grandson and will gladly share with legal father Ashland!

But as usual, Diane did her own thing, pretended to be Kyle’s aunt Ashley Abbott (Eileen Davidson) and called Jabot in Italy and got his phone number; and then headed out to Genoa City on her own knowing that Jack had told him to come for a visit. Diane knows that Jack requested the whole family come but Summer Newman Abbott (most recently Hunter King) couldn’t come, however, Harrison will be along, and Diane is already in Genoa City waiting to make her move, being sure she’ll win her son back.

The Young And The Restless Spoilers – Kyle Abbott Rejects His Mother, Ashland Locke Is Given The Heave-Ho By His Wife

Viewers of The Young and The Restless know that Ashland has already been given the heave-ho by Victoria, and Diane will be brokenhearted when Kyle rejects her; the two new friends are in Genoa City, and Ashland knows Harrison will be happy to see him.  Viewers of The Young and The Restless can imagine that Diane would go rogue and kidnap Harrison anyway, no matter how the little boy felt about it; after all Diane is a stranger to him.

Ashland, however is someone Harrison knows, trusts, and misses, and so the two come up with a plan; they’re both desperate for love and Harrison will have his legal father and he’ll go with him readily. On the other hand, if the Newmans cut Ashland off from his money from his companies and stop payment on that $500 million Adam Newman (Mark Grossman) bribed him with, they’ll need money! The Abbotts will be desperate enough to pay handsomely to get Harrison back, but Diane won’t go along with that-she wants her grandson, so they’ll have to think of something else for funds!