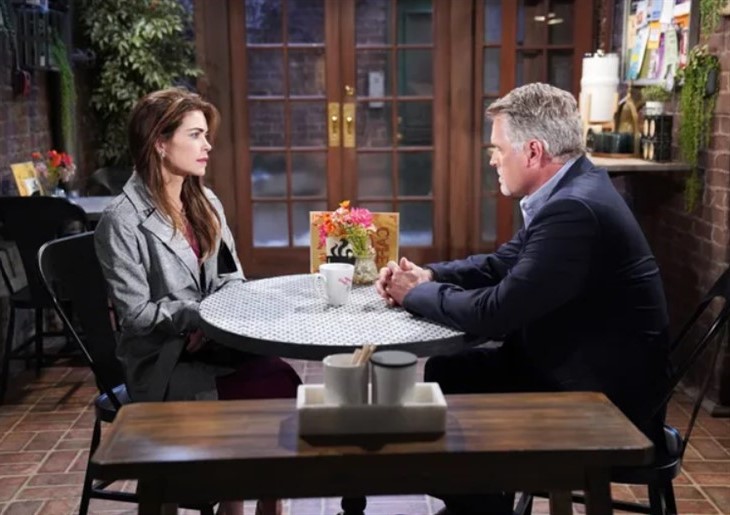 The Young and the Restless (Y&R) spoilers reveal Victoria Newman making what looks to be a very dumb decision. But that is par for the course with Victoria, isn’t it?

The Young And The Restless Spoilers – Victoria Newman Makes Her Choice

If there is anyone on Y&R with worse taste in men and worse luck in relationships than Victoria Newman Locke (Amelia Heinle), we want to know who it is. The woman married a much older man not caring that he lied to her so many times she lost count months before her wedding.

And the lies were still coming out on the day of her wedding. And there were even more lies after she got married, culminating in Victoria learning that Ashland Locke (Robert Newman) had lied about his cancer, which fans had suspected from the start.

When Victoria learned about that whopper, she got behind the wheel of a car distraught and ended up colliding with Rey Rosales (Jordi Vilasuso), who had a heart attack behind the wheel. Would Rey have survived if Victoria had not been driving that night? It is hard to ever know…

Victoria only suffered an injury that leaves her needing a cane, but at least she is alive. Unfortunately, she decides to ruin her life again because this is what she does.

Victoria left town to clear her head and returns with her head more addled than ever. When she learns it was Victor Newman (Eric Braeden) who made sure that Ashland Locke could no longer see Harrison, Victoria is furious and tells Victor and Nikki Newman (Melody Thomas Scott) that she intends to be with Ashland again because she loves him. She is also giving up her job.

“The Newmans are in complete shock when Victoria announces that she is stepping down from her CEO position,” Amelia Heinle said in the June 14 issue of Soap Opera Digest. “Victor implores his daughter to come to her senses but Victoria stands her ground and cuts ties with her family. We will see the Newman family take a dramatic turn as a result of Victoria’s decision.”

Of course, Adam Newman (Mark Grossman) and Sally Spectra (Courtney Hope) will be thrilled because this is exactly what they have been waiting for. Stay tuned to The Young and the Restless weekdays to see how these stories play out.