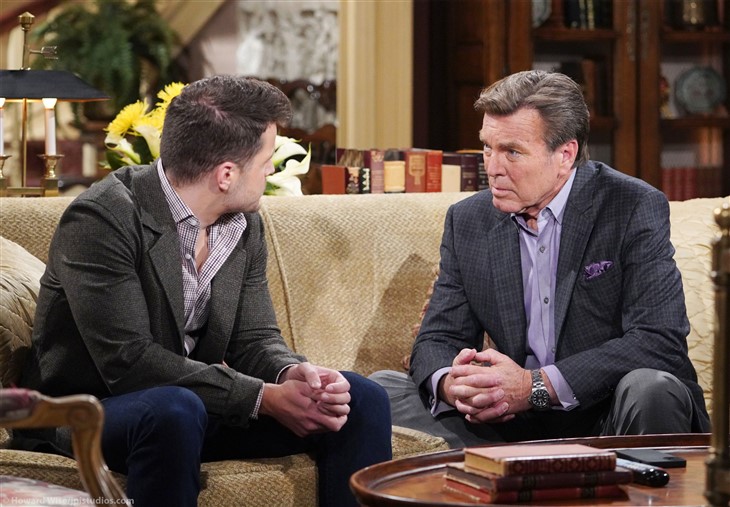 The Young and the Restless spoilers reveal that Jack Abbott (Peter Bergman) and Kyle Abbott (Michael Mealor) have Diane Jenkins (Susan Walters) arrested. However, Diane won’t give up trying to earn Kyle’s forgiveness. The head writer talked about Diane’s future. It’s teased that both Kyle and Jack could eventually change their minds about Diane.

The Young And The Restless Spoilers – Diane Jenkins’ Story

Y&R spoilers reveal that Diane keeps telling everyone that she’s changed. Diane admits to having Deacon Sharpe (Sean Kanan) help fake her death. However, Diane also says that she went to therapy and is a different person now. Most people in Genoa City don’t believe Diane and are worried about what she’s going to do next.

Diane met with Kyle and tried to smooth things over. However, Kyle doesn’t believe any of his mother’s excuses. As Mariah Copeland (Camryn Grimes) said, Kyle doesn’t need excuses. What Kyle needs are answers.

Jack and Kyle don’t accept Diane’s request for forgiveness. This week, Diane is caught off guard when she is arrested. Jack and Kyle talk to the police about abandonment charges, so now Diane has to deal with the legal consequences of her actions.

The Young And The Restless Spoilers – Working To Repair Pain

The Young and the Restless spoilers reveal that head writer and co-executive producer Josh Griffith spoke to Soap Opera Digest about Diane’s story. Despite getting arrested and charged with abandonment, Diane will keep trying to make amends. It won’t be an easy or quick fix, though. Diane will have to do a lot to prove herself worthy of Kyle’s forgiveness.

What complicates the storyline is Summer Newman-Abbott’s (Allison Lanier) return. Summer comes back to Genoa City a much stronger and more independent woman. Summer will support Kyle. The more Phyllis Summers (Michelle Stafford) pushes to get rid of Diane, the more conflict that creates for Summer. It will put Summer between her mother and husband.

The head writer also talked about if Kyle will ever forgive Diane. It sounds like he will at some point. Another interesting tidbit was the head writer hinting that Jack might also have a change of heart regarding Diane.

“Diane will do everything she can to slowly break through all of Kyle’s defenses of hurt, anger, and confusion. He will begin to try to accept her and maybe have her back in his life… As Jack sees Kyle, little by little, forgiving Diane, does that open up the possibility that Jack could forgive her, too?”

What do you think is going to happen with Jack, Diane, Kyle, Summer, and Phyllis? Share your thoughts and keep watching the CBS soap to find out.