Y&R Spoilers: Victor Has Ashland Right Where He Wants Him 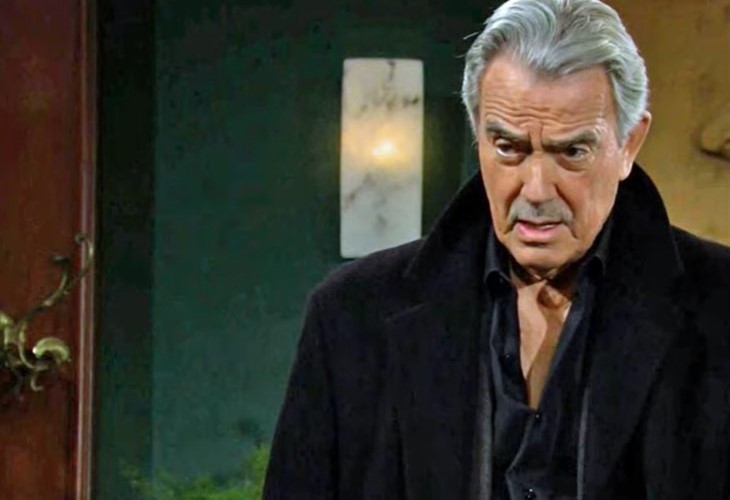 The Young and the Restless spoilers for Wednesday, February 9, 2022, reveal Victor’s hard work paying off when Ashland may have something else to confess.

Ever since Ashland Locke (Robert Newman) arrived in Genoa City, The Great Victor Newman (Eric Braeden) has wanted to know what he’s really been up to. He tried to like and trust the guy when Victoria Newman Locke (Amelia Heinle) insisted she was in love with him and had to marry him right away, but the way he just took over at Newman brought his suspicions back.

Now, the work that Michael Baldwin (Christian J. Le Blanc) has been doing gave him some of the answers he’s needed, so Victor confronts Ashland and wants to know what’s really been going on with his cancer treatments. Once again, Ashland will have a confession to make. Will this confession just mean another lie? It’s the only thing he can seem to tell.

Y&R Spoilers – Victoria Newman Is Put In Her Place

It’s appropriate that Victoria Newman married a man known as the Loch Ness Monster since she has become a bit of a monster herself. When Victoria makes sure to put Adam Newman (Mark Grossman) in his place at Newman Media, he turns the tables on her and puts his sister in her place. He is not about to move out of his office and give up his spot. And if he has to, she better watch out for the competition because it’s coming.

The Young And The Restless Spoilers –  Girl Power From Nikki Newman

Lily Winters (Christel Khalil) seems to be the only success going right now. She spent time in jail, spent time as a prisoner advocate, and now has a perch as the CEO of Chancellor Industries. What more could she want? Maybe some advice. And Nikki Newman (Melody Thomas Scott) has plenty of that to hand out. Will Lily take her business advice?

Would Billy Abbott (Jason Thompson) want his ex-mother-in-law doling out advice to his girlfriend? Maybe it’s time to stay away from the Newmans except where his kids are concerned. It’s not like Victor ever liked him anyway. Stay tuned to The Young and the Restless weekdays to see how these stories play out.

When Will Days Of Our Lives Return To Our Daytime Schedule?