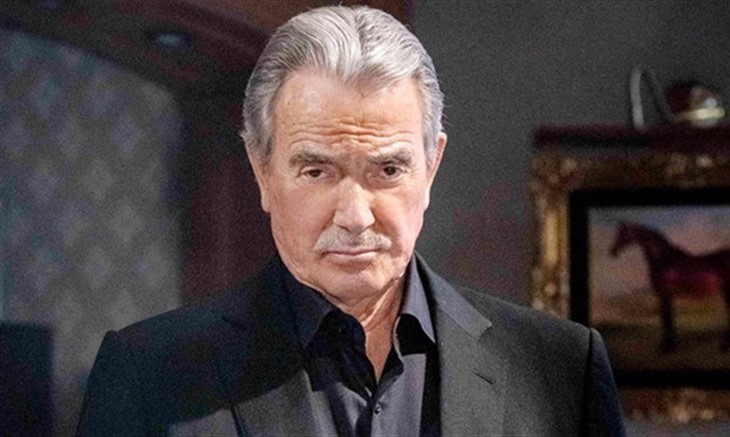 The Young and The Restless (Y&R) spoilers and updates tease that Victor Newman (Eric Braeden) wants to evict Sally Spectra (Courtney Hope) from Genoa City and his sons’ lives. So like Nikki Newman (Melody Thomas Scott) and others have regarding Diane Jenkins (Susan Walters) he’ll go on a dirt dig on Sally.

The Young And The Restless Spoilers – He Doesn’t Approve

It’s plain Victor doesn’t approve of Sally for many reasons, not to be hooked up with either son, Adam Newman (Mark Grossman) or Nick Newman (Joshua Morrow). Now the two of them are fighting over Sally, who is just not approved of for anything Newman, and Victor’s going to put a stop to it. It’s certainly not appropriate for Nick to date Sally after Sally tries to mess up things for Summer Newman-Abbott (Allison Lanier).

Summer dug up a little dirt on Sally early on, but there’s got to be more serious stuff than faking a terminal illness to hang onto a boyfriend. Victor plans to do a deep dig or have his associates do it if he doesn’t go to Los Angeles himself.

Victor finds out that Sally seems to have a real fear of Bill Spencer, (Don Diamont) also known as “Dollar Bill” so that might be one place to start. Summer had gone to Dollar Bill as well, and also talked to his son Wyatt Spencer (Darin Brooks) the boyfriend Sally went postal over. But there has to be more that Bill knows for Sally to have some real fear of him, and Victor intends to find out what. But there may be more – more than what happened in Los Angeles, since Sally was old enough to take over the family business when she arrived. Victor might have to go back farther, but decides to have a talk with Bill first, because he may know something.

The Young And The Restless Spoilers – Involvement With Thomas Forrester

Victor finds out that Sally had been involved with Thomas Forrester (Matthew Atkinson) before honing on in Wyatt, and he knows that can’t be good. Thomas has a reputation of being almost worse than Adam, but Victor wants to dig back even farther, to see if Sally has a real criminal record. She’s manipulative, and a schemer, but what of her adult life before Los Angeles?

Victor’s going to have to go way back, maybe before she and her siblings were taken in by their grandmother Shirley Spectra (Patrika Darbo). Perhaps when Sally was a teenager she was in detention for something or has been in mental health treatment before the Wyatt fiasco.