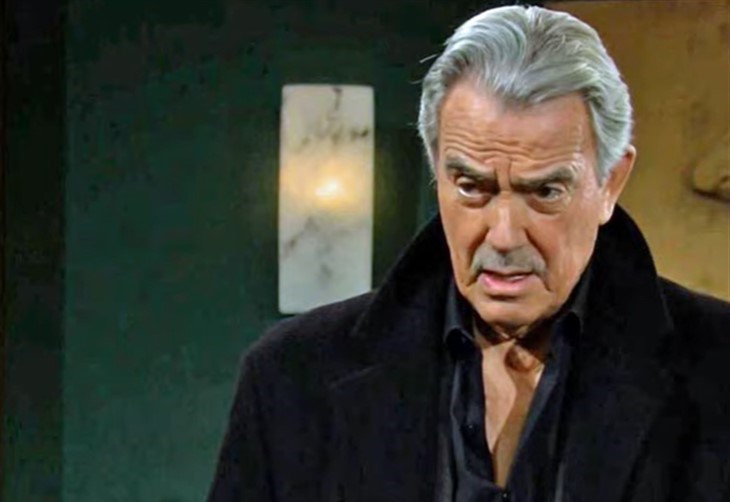 The Young and the Restless (Y&R) spoilers tease that Victor Newman (Eric Braeden) has again been proven right. Teasers indicate that Ashland Locke (Robert Newman) will be revealed as having lied about his cancer diagnosis.

Michael Baldwin (Christian Le Blanc) was able to locate a doctor who has direct awareness of Ashland’s dealings at the clinic in Peru. That development gives Victor the evidence he needs to expose the scheme Ashland employed as part of his efforts to merge Locke Communications with Newman Enterprises.

The Young and the Restless Spoilers – The Merger Will Be Reversed?

Of course, this is not a legal brief. However, it is fair to speculate about Ashland’s forthrightness in merging his media company with one of the world’s largest conglomerates.

Y&R Spoilers – Does Victoria Newman Locke (Amelia Heinle) Have The Standing To File For Divorce? Of Course.

But is there a judge who is willing to hear her plea regarding the merger’s authenticity? Yes, that is a far different question.

As fans recall, Victoria came to believe that she would be safeguarding Ashland’s legacy through the merged companies during the period when she believed he was dying. It was not a forced situation or one Ashland drove on his own.

Victor never liked the idea of Locke becoming the second half of a hyphenated company name. Soap viewers are savvy. So, they also suspected that the introduction of a new character quickly being followed by Ashland’s company attaching itself to Newman was unsustainable.

Michael appears to have provided evidence of duplicity. But will Victor’s rehired attorney be able to so smoothly present a case that severs Ashland’s legal bind to the company Victor founded? Probably not.

Victoria will likely be able to prove grounds for divorce, which assumes that is what she decides to do. Fans know that she is deeply in love with Ashland.

It would seem that Ashland is facing his greatest test to date. He appears to have fooled Victoria when convincing her to believe his health storyline.

But Ashland likely did not deceive Victoria where love was concerned. Unless he is fully heinous, Newman’s character loves her as well.

After anticipated emotions are expressed and explored, Victoria will have a decision to make. No matter what happens with the merger, will she want to cut Locke off her name?