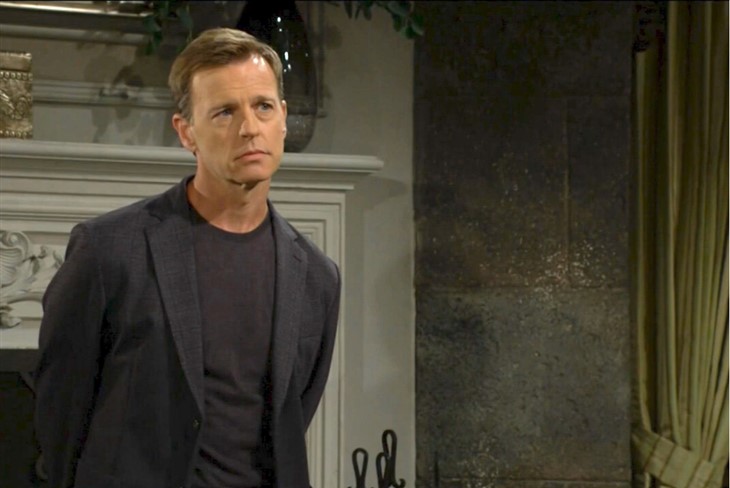 The Young and The Restless (Y&R) spoilers and updates tease that Genoa City newbie Audra Charles (Zuleyka Silver) might really be Tucker McCall’s (Trevor St. John) spy. Nate Hastings (Sean Dominic) has a scheme involved in his secret defection from Chancellor-Winters to Newman Enterprises and Tucker’s spy may make sure Nate’s scheme is exposed.

The Young And The Restless Spoilers – Nate Hastings Easy Prey

It seems like lately, Nate is pretty easy prey for a pretty woman that pays him the least bit of attention. First it was Imani Benedict (temporarily Denise Boutte) and now it’s Audra Charles; it was plain he was distracted by her when he met her in Society. Tucker is Devon Hamilton’s (Bryton James) birth father and once had a hot romance with Jill Abbott (Jess Walton) so he’s not going to be Nate’s friend.

Tucker is also an old enemy of Victor Newman’s (Eric Braeden) as well so it makes sense for him to keep a close eye on defector Nate. Nate had approached Victoria Newman (Amelia Heinle) recently letting her know he wasn’t happy at Chancellor-Winters and she wants Newman to be majority shareholder in their initial public offering.

Nate’s been acting like a double agent between Victoria and Chancellor-Winters, and very smug about no one derailing his plans. He wants to be the one calling the shots, not Devon, and that would suit Victoria just fine for her own plot of a hostile takeover of Chancellor-Winters. Jill brought Audra, the new IPO advisor in and she trusts Audra but Victoria never heard of her and she was suspicious and doesn’t trust an outsider coming into the plans. It makes a lot of sense for Tucker’s spy to be distracting Nate and keeping an eye on everything going on with the IPO and reporting back to him. Nate went back and played nice with Devon, Lily Winters (Christel Khalil) and Billy Abbott (Jason Thompson) but his heart might not be in it.

The Young And The Restless Spoilers -Playing Inside Man

Audra seems to be pretty slick and already knows too much about the key players in town, and with Nate playing inside man to Victoria, Tucker’s one step ahead. Nate had planned to give Victoria inside info in exchange for her making her head of Chancellor-Winters once her takeover was complete. Victor told Victoria that Nate’s playing a very risky game with his offer, but if Audra is Tucker’s spy it’s even riskier.

It doesn’t seem to be that big of a coincidence that Tucker is coming back right after Audra arrived in town. Audra’s just in time to do reconnaissance for Tucker so he can do his thing.