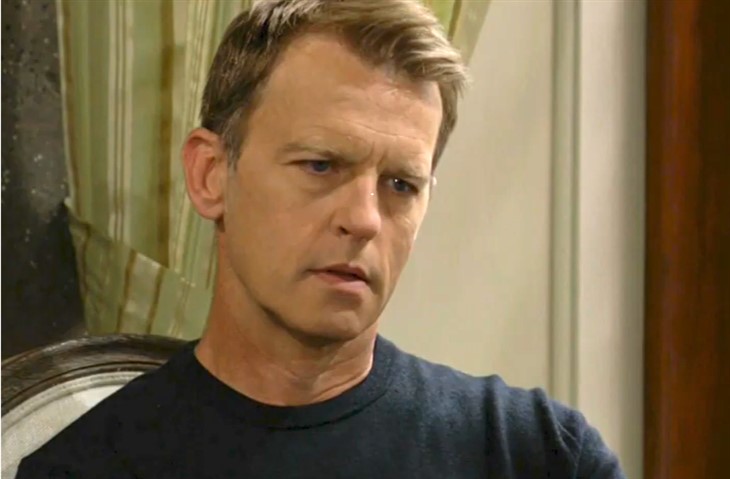 The Young and The Restless (Y&R) spoilers and rumors tease that Tucker McCall (Trevor St. John) might seek to enlist Adam Newman (Mark Grossman) in his plans. Adam is working at Jabot and since he has been a town pariah as Tucker is, Tucker may be able to convince him to work together.

The Young And The Restless Spoilers: Kindred Spirits?

Tucker may think he’s found a kindred spirit in Adam, the black sheep of the Newman family; and he’ll hone in on Adam’s anger against Victor Newman (Eric Braeden). Plus, with Adam working for Jack Abbott (Peter Bergman) and Jabot, he can take advantage of that connection to Ashley Abbott (Eileen Davidson) who he’s trying to make amends with. Adam didn’t know he and Victor were father and son Adam’s whole life, he was raised as Adam Wilson, and Hope Wilson (Signy Coleman) had hidden the fact until she died.

Y & R Spoilers: He Needs Someone Who Understands

Adam needs someone who understands him, but who isn’t a romantic interest; he needs a guy friend he can relate with. He did have a friendship with Tucker’s relative Chance Chancellor (Conner Floyd) for a while, and they are friendly again but not exactly buddies. Chance’s marriage to Abby Newman-Abbott Chancellor (Melissa Ordway) kind of complicated things as far as Chance and Adam’ friendship, even though they had saved each other’s lives. Tucker is certain he can fill that gap for Adam, and being a young looking 65 to Adam’s 38 he can fill in as a father figure. Adam has tried walking down the road to redemption as Tucker claims he is now, and that is another bonding point.

The Young And The Restless Spoilers: A Plotting Partner

Tucker thinks he can get Adam on board as a plotting partner against Victor and the Newmans because of the enormous chip Adam has on his shoulder. Every time Victor does something good for one of Adam’s half-siblings, Adam feels Victor is rejecting him. Then Adam has plotted in the past against Victor and indeed against his whole family.

That past of Adam feeling rejected and even trying to do egregious things like switching a medicine Victor needed gives Tucker an “in”. Tucker should have no problem at all winning Adam over to his side for whatever reason he might need him.

B&B Spoilers: What Happens To Thomas When CPS Truth Comes Out?