Y&R Spoilers: Tucker Is Undeterred – Diane Has No Control 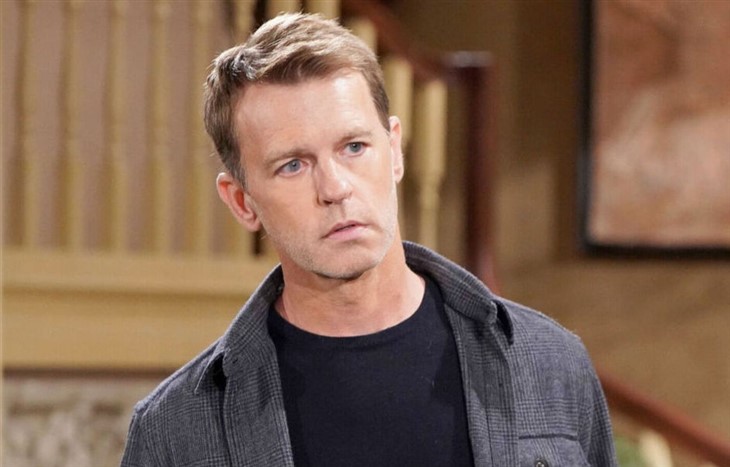 The Young and the Restless spoilers document that Tucker McCall (Trevor St. John) has no intention of changing his plans. He appears to want to take control of Chancellor-Winters, half of which was his mother’s company and the other half of which is partially controlled by his son.

Diane Jenkins (Susan Walters) believed she fulfilled her end of the bargain Tucker imposed on her. But he says that her failure to let him know that Ashley Abbott (Eileen Davidson) was back in town means that they are not done.

Viewers also appeared to confirm, during the tense exchange between Diane and Tucker at Society, that they were personally involved after she faked her death.

Ashley asked her ex-husband why he returned to town. She questioned him about Diane as well.

Tucker looked at the woman he claims to still love and lied to her face. Why he expects to get away with doing that remains to be seen within this developing storyline that plays heavily off old stories.

Traci Abbott (Beth Maitland) suspects that Ashley is not truly over Tucker, as is claimed. Jack Abbott (Peter Bergman) believes Traci is right, sensing that their sister has retained feelings for Tucker.

Diane has been called a liar by many residents in Genoa City, Wisconsin. Chief among them are Nikki Newman (Melody Thomas Scott) and Phyllis Summers (Michelle Stafford).

Jack asked Diane the same question he asked Tucker, were they in contact after the faked murder? Like Tucker’s interaction with Ashley, Diane lied right to Jack’s face.

All the goodwill Diane has worked hard to achieve seems doomed. That means Tucker’s hold over Diane is so strong that she feels unable to come clean.

The Young And The Restless Spoilers – Who Has More To Lose?

The Young and the Restless spoilers tease Diane appears to be the clear answer to this subject header. Unlike Tucker, she is not someone of means.

Tucker has seemingly shielded his connections. Even if they are exposed, he may end up obtaining control of CW with Audra Charles (Zuleyka Silver) planted assistance.

In contrast, Diane is likely to be ousted from Jabot and have her connection to Kyle Abbott (Michael Mealor) endangered. But it is fair to suggest that Tucker’s renewed bond with Devon Hamilton (Bryton James) will break on Y&R.