Y&R Spoilers: The Demise Of Too Many CEOs & COOs At Newman 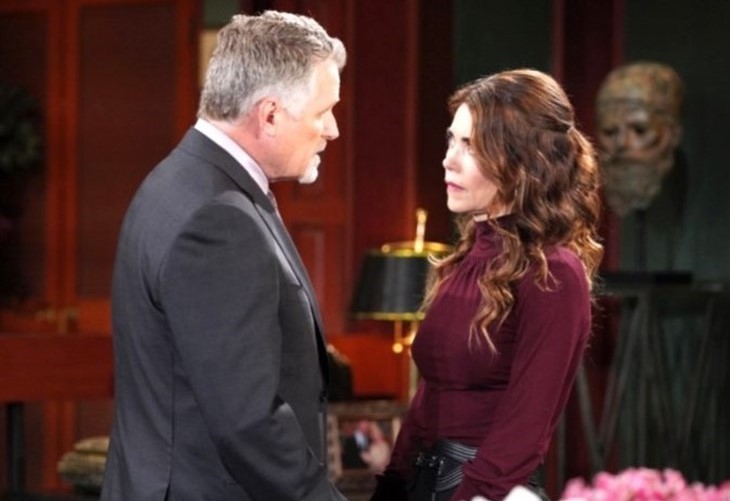 The Young & the Restless spoilers suggest that massive Co-CEO & Co-COO confusion is coming soon to Genoa City. Does anyone in Genoa City have a non-executive position?

Whether one of Genoa City’s elite works at Newman Enterprises, Jabot, or Chancellor Winters, they have the letters CEO or COO in their email signature.

Victoria Newman (Amelia Heinle) was appointed CEO of Newman Enterprises. Then Ashland Locke (Robert Newman) was brought on as Co-CEO. After Ashland faked his cancer diagnosis & treatment Victoria went on sabbatical. The CEO position at Newman Enterprises went back to being a 1-person job with Adam Newman (Mark Grossman) being appointed as Interim CEO.

Now Victoria is supposedly done with Ashland for good & has been reappointed as CEO by her father.
The Newman Enterprises CEO boomerang has finally paused in booming. But wait… there’s more…

Apparently, Nikki Newman (Melody Thomas Scott) wasn’t cutting it solo as COO of Newman Enterprises, or was she? Regardless, the reinstated CEO of Newman has brought on a Co-COO. Victoria somehow convinced her brother Nick Newman (Joshua Morrow) to return to Newman.

Nick Newman doesn’t even like being a Newman most of the time, let alone family business drama.
Has Nick been brought on simply to stick it to Adam Newman?

Y&R’s Sally Spectra (Courtney Hope) gets to keep her job, sort of, & for maybe just 90 days.

The reinstated CEO of Newman Enterprises demoted Sally Spectra to Interim CEO with 90 days to prove herself. CEO Victoria & COO 1 of 2 Nick gave Sally authority to hire a COO, however.

With all of the Genoa City elite already with CEO or COO in their title, Sally decides on Chloe Mitchell (Elizabeth Hendrickson).

It seems there are too many executive hands in the Newman Enterprises cookie jar.

Too many Type A personalities with executive titles with the last name Newman or otherwise under one umbrella are bound to get dicey.

There is no doubt that Interim CEO Sally Spectra & COO Chloe Mitchell will creatively cause trouble for the other executives at Newman Media.

Then there is the Newman loose cannon, Adam Newman himself.

Where do you think Adam Newman will land? Have you had enough of the executive CEO & COO change-ups at Newman Enterprises? Drop us a comment with your thoughts.

Also, be sure to catch up on everything happening with Y&R right now. Come back often for The Young and the Restless spoilers, news, and updates.

B&B Spoilers: The Steffy And Finn Reunion Is Coming