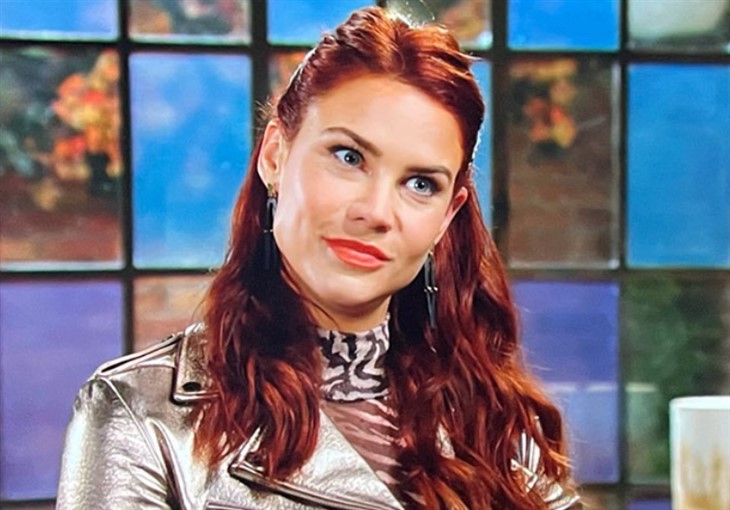 The Young and The Restless spoilers and updates tease Sally Spectra (Courtney Hope) might blow her competition away with her new fashion magazine business. Even though her pitch to Nick Newman (Joshua Morrow) blew him away, the details weren’t given –but based on Sally’s history, it might be a fashion magazine.

The Young And The Restless Spoilers – Not A Fashion Line

Sally’s experience is in fashion design, and Nick had suggested she try to get on at Marchetti but she said she’s been there, done that, and has a new idea. However, most of her experience is in fashion and her time as Chief Executive Officer at Newman Media gave her publishing experience. What better idea than to combine those two areas of expertise by starting a new and cutting edge fashion magazine, backed up by an online version?

Newman Media has had some online entities, but never a fashion site or magazine although there was a fashion line. That was Chelsea Lawson (Melissa Claire Egan) and Chloe Mitchell’s (Elizabeth Hendrickson) company which fell apart after the merger.

The Young and the Restless spoilers say Sally has the idea to combine her experience into a fashion magazine with an online presence that will blow her competition away. She isn’t thinking just about competition with Newman Media, and her replacement Nate Hastings (Sean Dominic) and Victoria Newman (Amelia Heinle). She’s thinking about creating something so successful that she’s able to stick it to Dollar Bill Spencer (Don Diamont) and his rag “Eye On Fashion” out in Los Angeles as well.

Dollar Bill burned down her family business Spectra Fashions both figuratively and literally, setting the company’s headquarters on fire while Sally and others were trapped inside. Sally has had a burning desire for revenge ever since even though there was a time she was scared of him-she’s not scared any more.

The Young And The Restless Spoilers – Nate Hastings’ Reused Ideas

Nate’s admitted that Sally had some good ideas, but all the ones he’s been coming up with are ones Sally came up with first. Sally knows she’s miles ahead of her Genoa City competition with her blazing hot ideas and she’s determined to show Nate and Victoria up as well. So far none of her ideas have been obviously stolen by Nate, although he seems to like them enough to try.

But Sally doesn’t intend for Newman Media to make it to the gate in that horse race, because she wants to come out ahead. Her competition will need to put up, shut up, or just get out of her way.