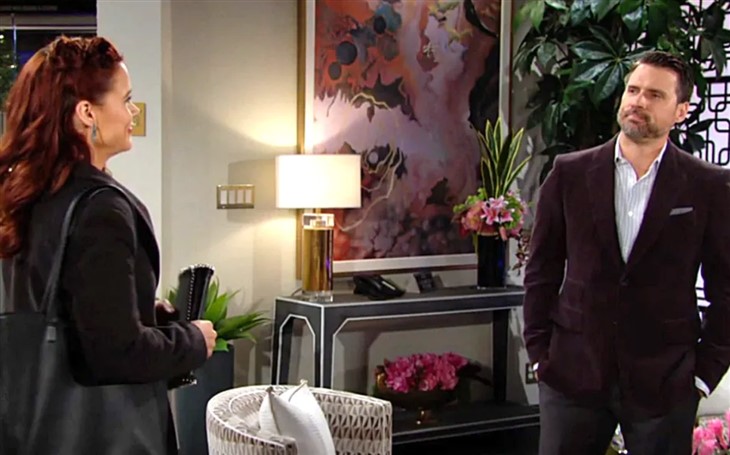 The Young and the Restless (Y&R) spoilers for Wednesday, August 3, 2022, reveal Sally Spectra demanding answers that she just might not like.

Sally Spectra (Courtney Hope) has had to take no for an answer from Adam Newman (Mark Grossman) way too much in the last few weeks as she still can’t understand why he insists on staying broken up with her for no reason. She knows he called things off between them thinking it would save her career, but since it doesn’t matter anymore, what’s the problem? Why is he still rejecting her when she can feel how much he doesn’t want to?

She is sure it has to do with Adam and his crazy family and she thinks Nick Newman (Joshua Morrow) might know what’s really going on. Nick tries to keep a straight face as Sally questions him and does not give away the truth about what really happened to Ashland Locke (Robert Newman).

Nick is not quite sure what is going through Adam’s head when it comes to his personal life and all we can hope is that he doesn’t try to pick up the pieces for Sally as he did with Chelsea Lawson (Melissa Claire Egan). Then again, Nick has been lonely of late and Sally is very lonely without Adam so anything can happen and often does.

In her quest to bring down Diane Jenkins (Susan Walters) and get Jack Abbott (Peter Bergman) to see the truth about this woman, Phyllis Summers (Michelle Stafford) takes a major risk, but will that risk have a big payoff? Sometimes you have to put it all on the line to get what you want and Phyllis has done that more than once in her life. You might think she would stop making big mistakes by now.

Elsewhere, Phyllis’ good buddy Amanda Sinclair (Mishael Morgan) manages to accomplish something when she brokers a peace between Nate Hastings and Devon Hamilton (Bryton James). The question is — how long will this peace last between these two men who seem destined to be enemies? Stay tuned to The Young and the Restless weekdays to see how these stories play out.

B&B Spoilers: The Steffy And Finn Family Reunion You’ve Been Waiting For