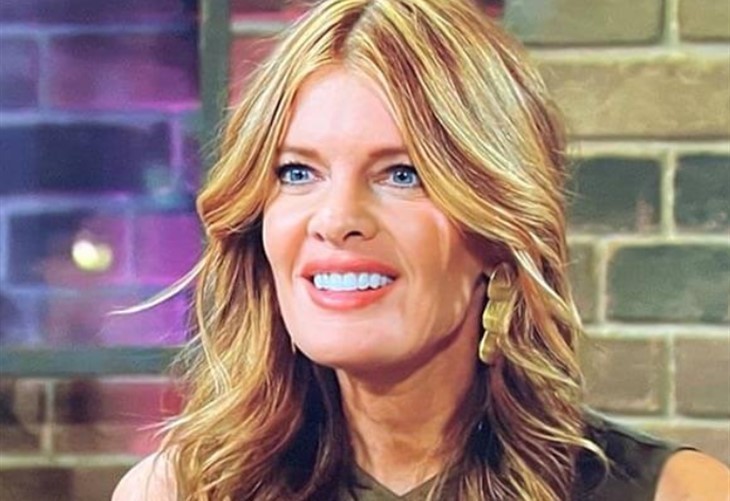 Y&R spoilers show Genoa City needs some new couples.  Has it occurred to anyone that Phyllis Summers is now sleeping with her daughter’s dad’s ex-step-dad?

At least for now, Phyllis is sleeping with Jack Abbott. They’ve been fighting rekindled passion since she & her daughter’s dad hit the rocks in their relationship. Somehow Diane Jenkins coming back from the dead & taking up temporary residence in Genoa City has ignited passion.

Good thing Phyllis Summers owns & operates a hotel. She & Jack can hit the sheets at the Grand Phoenix meanwhile their kids are getting down at home.

Years ago Phyllis Summers cheated on Jack Abbott with his brother Billy. They ended up having a relationship, hot sex, & living together on Chesnut Street where Billy & his current lover Lily Winters live.

When Billy & Phyllis lived together on Chesnut street Summer & Kyle were off again & Summer became obsessed with Billy. Once Phyllis & Billy finally broke up, Summer went in with her obsession with full-court press. Summer slept with her current husband’s Uncle Billy.

One would think there would be a generous dating pool in Genoa City being home to Newman Enterprises, Jabot, Hamilton Winters, & Chancellor Industries. Not so much.

For years Phyllis Summers has been alternating between being married or at least intimate with her daughter’s dad & her daughter’s dad’s ex-step-dad. Sure she threw in a dash of Billy Abbott which was totally hot but ran its course.

Y&R Spoilers – Phyllis To Commit Or Continue To Alternate, It’s Now Out Of Her Hands

Phyllis has been stressed to the max since Diane Jenkins came back to Genoa City. Diane initially checked into the Grand Phoenix. She’s since been kicked out by Phyllis & has checked into the Genoa City Athletic Club. Her mail hasn’t caught up with her relocation yet, however.

Phyllis orchestrated fabulous lovemaking with Jack Abbott in her suite at the Grand Phoenix with Diane showing up just after to pick up her mail. Phyllis did everything just short of putting her lovemaking & love for Jack Abbott on the local Genoa City news. Just short of the local Genoa City news was Phyllis thinking Jack had left the hotel. He had not, & received the breaking news in real-time.

After Jack Abbott hears it from the horse’s mouth that his current lover is only loving him to mark her territory there’s sure to be a reaction that goes much further than any bumps in the road she last had with Nick Newman. Jack Abbott is not going to have any of this.

So, will Phyllis make her way back to her daughter’s father? He may already be making his way back to his other children’s mother, Sharon, on The Young & the Restless.