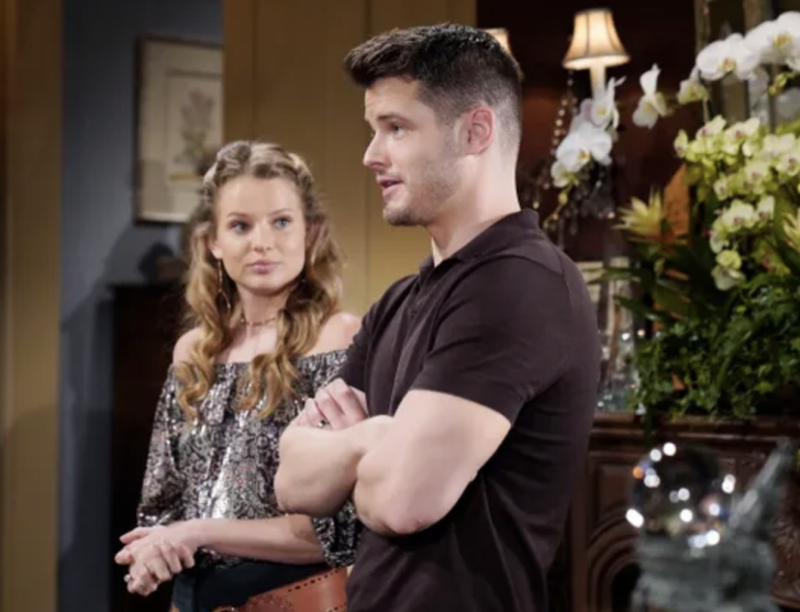 The Young and The Restless spoilers and rumors tease that Harrison Locke (Kellen Enriquez) could suffer long term psychological effects from Ashland Locke’s (Robert Newman) sudden disappearance from his life.

The Young And The Restless Spoilers: Kyle Abbott Should Have Known Better

Kyle Abbott, (Michael Mealor) of all people should know what having a parent or a parental figure ripped from his life can do to a small child. Diane Jenkins (Susan Walters) faked her death when he was a little older than Harrison is now, but look what it did at the time; he seems okay now. But he has had a difficult time reconciling what she did when he was little and is still wary about trusting her; plus, Harrison’s situation is a little different.

Harrison, unlike Kyle, lost both his birth mother and the man he knew as Father for the first couple of years of his life in a short period of time. That is a double loss that Harrison may not show reactions to until years later.

Little kids show evidence of emotional trauma and cope, or not cope, as the case may be, differently from adults; that might be why Kyle hasn’t realized his mistake. Kyle may remember how he felt when his mom “died” but perhaps not how he acted in response; but again, he was a little older than Harrison.

At his age, it may be difficult to see something is traumatizing Harrison, and badly; the first issue may be nightmares, or possibly clinging, fearing abandonment. On the other hand, he could begin exhibiting angry and bullying behavior, like Connor Newman (Judah Mackey) did and could become destructive and lashing out at his parents. Kyle and Summer Newman Abbott (Allison Lanier) might find him throwing and breaking things soon, much like Ashland when he tore up his hotel room.

The Young And The Restless Spoilers: Harrison Locke As A Teenager-Will He Become Dangerous?

But what if Harrison doesn’t manifest his traumatization as a small child when he is more controllable, and he starts acting out at a much older age? If he continues to push down his anger, not knowing how to express it when small, by the time he becomes a teenager he could become dangerous. An angry and vindictive teenager is far more dangerous and difficult to control than a toddler with a temper tantrum; Harrison needs to begin therapy now,

Harrison may have been focused on ducks in a pond when Ashland was arrested in Chancellor Park. But sooner or later he’ll realize that business trip he claimed he was going on has taken too long and he’ll either begin asking questions, or maybe he’ll figure it out.

It is a well-known fact that childhood trauma can manifest in troubled and violent adults; Harrison could begin drinking or taking drugs when he gets older to numb the pain. He could easily resent Kyle and Summer no matter how they try to shield him from the truth when he is little, and view their protection as lies.

If Kyle really loves his son, and Summer her stepson, they should get him into therapy now, just because he’s not acting like anything bothers him now doesn’t mean it won’t. Harrison is old enough to remember when he’s older and old enough to understand more than they think now. They don’t want him growing up to be a troubled and violent adult like Adam Newman (Mark Grossman) has been.

The Bold And The Beautiful Spoilers: Thomas Vows To Protect Taylor From Deacon