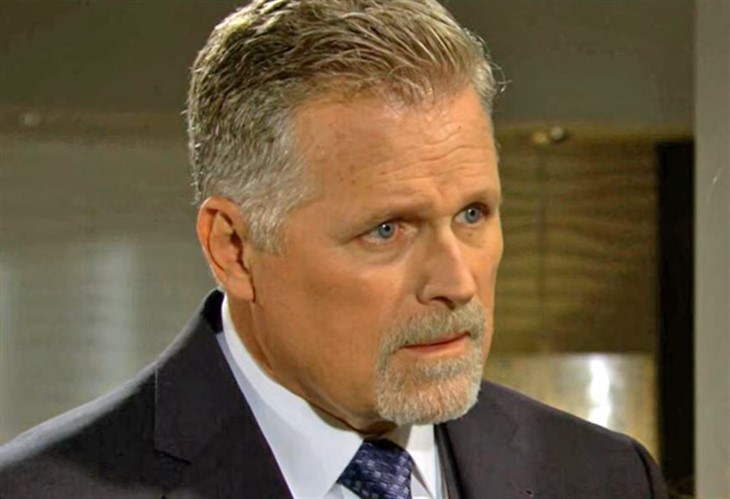 The Young and the Restless spoilers for the next two weeks are in. From April 18 to 29, Ashland Locke (Robert Newman) will throw a curveball after getting $500 million. Adam Newman (Mark Grossman) comforts Chelsea Lawson (Melissa Claire Egan) after a tragedy. Plus, Nikki Newman (Melody Thomas Scott) faces Diane Jenkins (Susan Walters).

The Young And The Restless Spoilers – Bombshells And Tragedy

Y&R spoilers for the week of April 18 reveal that Ashland signs the contract and gets $500 million from Victor Newman (Eric Braeden). Afterward, Ashland tells Victoria Newman (Amelia Heinle) that they are ready to start a new life together. However, Victoria blindsides Ashland by officially dumping him.

Victoria will get in a car accident, which could mean the end of Rey Rosales (Jordi Vilasuso). Victoria struggles with her new normal while the Newman family is horrified by Ashland’s next move. Nick Newman (Joshua Morrow) delivers shocking news while Sharon Rosales (Sharon Case) gets a case of déjà vu.

Sally Spectra (Courtney Hope) will admit she’s falling in love with Adam. Just when it seems this couple could be on solid footing, something happens to shake up the relationship. Chelsea will have a tough time dealing with Rey’s tragedy. It is teased that Adam will console Chelsea, but could it lead to them reconnecting in a more intimate way?

The Young And The Restless Spoilers – Diane Jenkins Makes Waves

The Young and the Restless spoilers reveal that Diane will continue making waves in Genoa City. Phyllis Summers (Michelle Stafford) calls Diane’s bluff. Then, Jack Abbott (Peter Bergman) stops by Diane’s hotel room to demand why she’s in Genoa City. Jack will continue trying to reach out to Kyle Abbott (Michael Mealor). Jack wants to be sure Kyle learns about his mother from him. However, Diane might have other ideas.

During the week of April 25, Victor gives Adam a warning, which could be regarding Chelsea. Diane and Nikki will face each other again after all of these years. It is teased that Allie Nguyen (Kelsey Wang) will eventually find her way to Genoa City. However, it is indicated that Allie will form a closer bond with Diane. This won’t make the Abbott family happy, that’s for sure.

Kyle will end up back in Genoa City and will have to deal with the Diane bombshell. Kyle will go through some complicated emotions. Kyle needs to make a decision about whether he wants to connect with his back-from-the-dead mom or not.

Sharon gets an unexpected invitation. If Rey doesn’t die in the car crash, then he could be hospitalized before succumbing to his injuries. Maybe the invitation is from Rey, who will want to make his last moments special.

Of course, it might be Chelsea who sends Sharon an invitation. Even though the two have a complicated and volatile history, they could bond over Rey’s death. Sharon loved her husband and Chelsea cared deeply for Rey, too. So, we will have to keep watching the CBS soap to see if these two will bond while dealing with their grief.