The Young And The Restless (Y&R) Spoilers: Did Ashland Have Michael Killed? 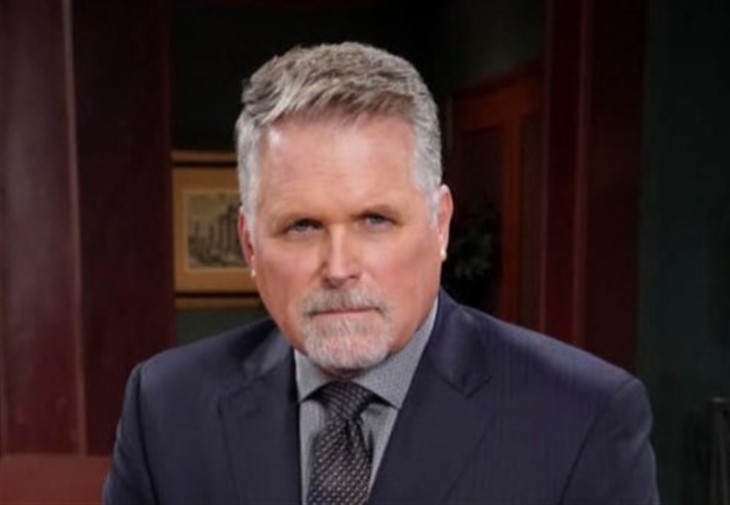 The Young and the Restless (Y&R) spoilers for Monday, March 7, 2022, reveal a very worried Lauren and a very angry Victor.

The Great Victor Newman (Eric Braeden) thought he had Ashland Locke (Robert Newman) exactly where he wanted him but it looks like Ashland is about to call his bluff. No, he is not going to do what Victor orders him to do and in fact, he may have done something so nefarious that Victor hasn’t even thought of it yet, proving the Locke Ness Monster moniker might have been correct.

Ashland was supposed to be more ruthless than Victor when Kyle Abbott (Michael Mealor) first described him and he may have been right. While Victoria Newman Locke (Amelia Heinle) is still her witchy, delusional self thinking her and her new husband are going to ruin Adam Newman (Mark Grossman) and take the business world by storm, Ashland has been plotting to take everything away from her family.

And he might have taken everything away from Lauren Fenmore (Tracey Bregman) too. It’s been days since she has heard from Michael Baldwin (Christian J. Le Blanc) and she is starting to believe her suspicions were right. Michael did not just take a job as Victor’s lawyer. He took a job helping Victor do something dangerous and now he may pay for it. Ashland did get on the phone to talk about someone in Peru and he may have just ordered someone to take care of the Michael problem. Uh-oh.

Poor Jack Abbott (Peter Bergman) is devastated that his son Keemo is dead before they could ever make amends. Although fans remember them coming to terms with Luan’s death and making those amends years ago, for the purpose of 2022 story that never happened.

Instead, Jack tells Phyllis (Michelle Stafford) a very sad tale indeed of a father and a son who never really knew each other. Jack didn’t even meet Keemo until he was a young man and now he is gone. Jack and Phyllis bond over his grief, but that grief is about to lead them both on a fact-finding mission that is definitely going to result in quite a few surprises. Stay tuned to The Young and the Restless weekdays to see how these stories play out.

Days Of Our Lives (DOOL) Spoilers: A Xander And Sarah Reunion To Remember