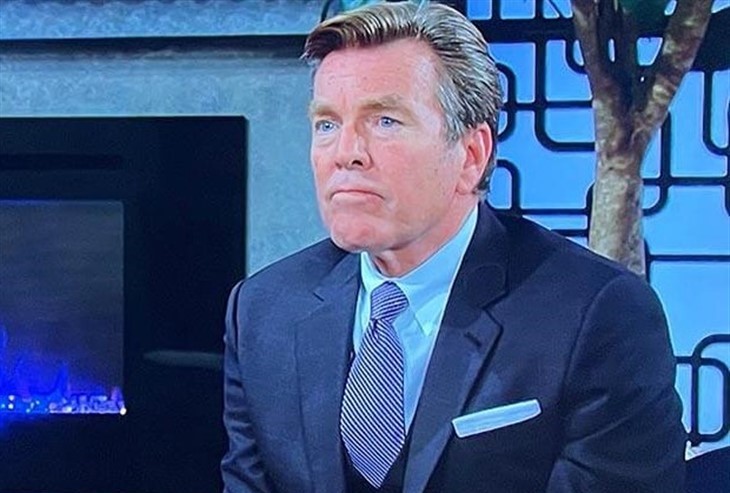 A new storyline has Phyllis Summers (Michelle Stafford) investigating the source of mysterious texts that Jack recently received. It appears as though a Los Angeles, California address is connected to Hao Nguyen (no actor’s name known for this role). That last name was Luan’s maiden name, with Hao being her father.

Y&R fans know that sister show, The Bold and the Beautiful, is set in Los Angeles, California. So, Jack and Phyllis may be crossing over to B&B, or one or more characters from that show could become part of the intrigue.

The Young And The Restless Spoilers – A Refresher Is Needed

Luan is a woman Jack met while serving in the United States military during the Vietnam War in the mid-1970s. Jack (originally played by the late Terry Lester) debuted on Y&R in 1980, and Bergman became the recast in 1989.

A 1994 storyline had Christine Blair Williams (Lauralee Bell) help Luan, who owned a restaurant in GC. Luan was shot in a robbery, with Sung’s character being revealed as the woman Jack once knew.

Luan had two children, Keemo and Mai. Luan and Jack re-established their relationship and were married from 1994 through 1996 when she died of cancer. Christine and Paul Williams (Doug Davidson) located Keemo during that period in the plot, with Moon’s character initially believing that his parents abandoned him.

It took a while, but Keemo eventually accepted Luan and Jack. Luan’s passing reignited tensions between Keemo and Jack, with Mary Jo Mason (also known as Marilyn Mason, as last played by Diana Barton) also being part of the fray.

Mary Jo became romantically involved with Jack and later, Keemo, following Luan’s death. Moon’s character ended his relationship with her and warned his father to do so as well after leaving GC. An obsessed Mary Jo eventually shot Victor Newman (Eric Braeden) and kidnapped Christine. She was placed into an institution in 1996, which was the last time viewers saw her.

Jack has been reconsidering a search for love since he felt his dying mother, Dina Mergeron (Marla Adams), encouraged him to do so. That message was also perceived to mean that the love of family must be valued.

Phyllis recently ended her latest revival relationship with Nick Newman (Joshua Morrow). She is reconsidering Jack as a love option, having rejected a chance to move to Milan, Italy, and work at Marchetti with Summer Newman Abbott (Hunter King).

Luan has been referenced for a reason. This part of Jack’s life has plenty of plot that can be re-explored and developed.

Keemo’s return would broaden Jack’s backstory, as the character Moon once played could have created a family of his own in the years that passed. It would also be good to see how Mai’s life has progressed.

Mary Jo may be connected to this emerging drama. That would put Jack in danger, with Phyllis serving as his reestablished protector and reviving love.

90 Day Fiancé: Fans Saw Mike Taping With A Woman And It’s Not Ximena