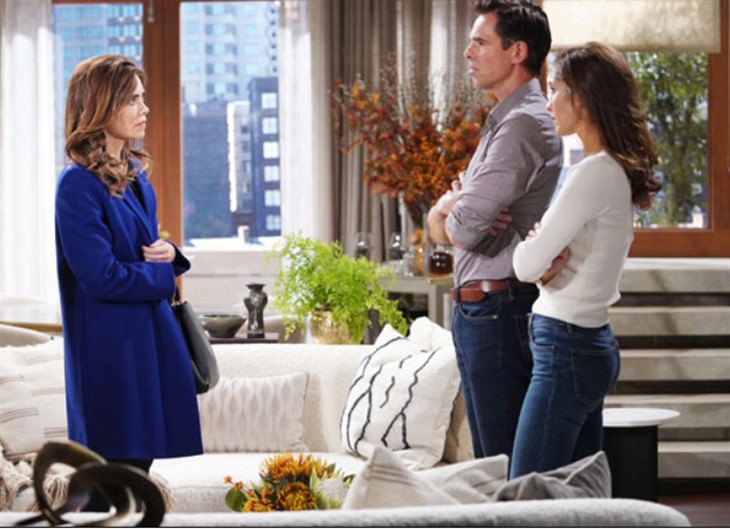 The Young and the Restless spoilers document that Lily Winters (Christel Khalil) has her hands full in business. Billy Abbott (Jason Thompson) is part of that world and, more importantly, her personal life.

The Chancellor-Winters merger is a major undertaking, with Lily and Devon Hamilton (Bryton James) choosing to work together and include their romantic connections in a charged business setting. That is good for daytime drama.

Meanwhile, the mother of Billy’s son, Johnny Abbott (Holden and Ryan Hare), is making a push that should align Lily with Victoria. Chelsea Lawson (Melissa Claire Egan) is Johnny’s biological mother, and it appears she wants him to know that.

The Young And The Restless Spoilers – Victoria Newman Opened Her Heart

Victoria opened her heart to Billy’s son years ago. She adopted Johnny, fully knowing that Chelsea was his mother.

Hardcore fans recall Victor Newman (Eric Braeden) hired Chelsea to trap Billy in Burma years ago. She had his child as part of a scheme to separate him from Victoria.

The Moustache often caused Victoria trouble, even having Heinle’s character arrested on her wedding day. But her love for Billy persisted, with Thompson’s character eventually ending their most recent connection.

Lily has been good for Billy. Jill Abbott Atkinson (Jess Walton) did not intend for Lily to represent more than business oversight over Billy at Chancellor. But a long-ago spark Lily and Billy shared when they were young revived.

Billy’s love for Lily is real. He will never be past Victoria. But Billy is committed to Lily and that makes Chelsea’s recent request problematic.

The Young And The Restless Spoilers – Chelsea Lawson’s Request Goes Beyond Son?

Chelsea was a con woman when she debuted on Y&R. She has never truly erased that element from her soul, with Anita Lawson’s (Catherine Bach) childhood grifting lessons sticking to a degree.

Connor Newman (Judah Mackey) is older now. Possibly TPTB might SORAS (soap opera rapid aging syndrome) Johnny. But that does not need to happen for this developing story line to flow.

Egan’s character is alone. She lost Rey Rosales (Jordi Vilasuso) earlier this year. Billy appears to be the next man on her radar, with Johnny naturally linking Billy to her.

DOOL Spoilers: Abe’s Campaign In Trouble, Paulina’s Deceitful Past The Cause?