Y&R Spoilers: Lily Has Had It With Billy & Imani, GC’s Next Hot Couple 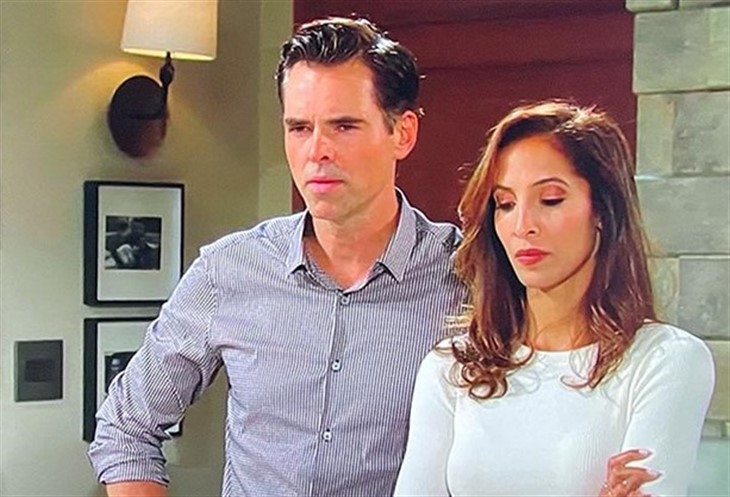 The Young and the Restless spoilers are totally pointing that Lily Winters (Christel Khalil) has finally had enough. She’s had enough of those she’s close with & works together & their questionable obsessions.

The Young And The Restless Spoilers – Despite Nate Hastings Promising 50 Podcasts They Still Only Have Billy Abbott’s, & it’s About Victoria Newman

Young and the Restless fans across social media continue to be trending to fast-forward through Billy Abbott’s consistently boring podcasts.

It’s obvious that Billy is still obsessed with the mother of his children, Victoria Newman (Amelia Heinle).

Y&R fans have had more than enough of Billy alone with a microphone expressing his obsession with Victoria & her obsession with her farce of an ex-husband, Ashland Locke (Robert Newman).

At least Y&R fans don’t have to live with Billy… like Lily.

Y&R Spoilers – OCD Is No Longer Tolerated At CW, Imani Benedict & Her Obsession With Nate Hastings Are Out

Lily has been so busy with the merger & tolerating her serious live-in boyfriend’s obsession with his ex-wife, that she’s just now catching on to Imani’s obsession with her cousin Nate Hastings (Sean Dominic).

Nate approached in-house attorney Imani at Chancellor-Winters to work her magic to get Elena out of any legal obligation with Newman Media to be able to provide content at CW.

Imani of course has zero interest in Elena coming on board at Chancellor-Winters in any capacity, even if it means making the CW podcasts way less boring.

Y&R’s Lily Winters is about to blow & there will be consequences.  If Lily ousts Billy from their condo on Chesnut Street, she bests oust him from CW as well. There is no doubt that Lily lets Imani go from CW, that she will be after Billy in retaliation.

There’s no doubt that if Imani didn’t second guess herself ever in pursuing Nate Hastings, that revenge on Lily & pursuing Billy will be no issue.  Also, Imani & Billy have the potential to be such a hot couple.

Perhaps Imani & Billy can shack up at Billy’s previous serious live-in girlfriend’s hotel whom he used to live with on Chesnut Street. There should be a suite available as Diane Jenkins (Susan Walters) was recently kicked out of the Grand Phoenix.

Do you think it’s finally time that Lily gets rid of Billy? Will Lily question her choices after Billy ends up with Imani & doesn’t end up back with Victoria? Please leave us your comments…

Also, be sure to catch up on everything happening with Y&R right now. Come back often for The Young and the Restless spoilers, news, and updates.