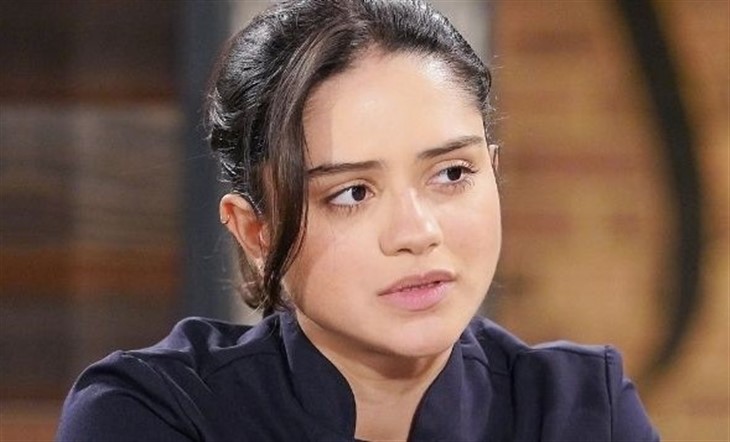 The Young and the Restless (Y&R) spoilers tease that Noah Newman (Rory Gibson) is a mopey mess in Genoa City, Wisconsin, in the dead of winter no less. Where is the heat, the passion, the daytime romance that a young, rich, handsome and eligible bachelor like Noah should be bringing?

Oh that’s right, it’s wasted on his ex Tessa Porter (Cait Fairbank) who is about to marry his sister Mariah Copeland (Camryn Grimes). Well isn’t that a beotch. Noah has nothing to do but mope and drink, confess his feelings, then be sorry. Unsurprisingly the fans are finding Noah to be a slog fest of somnambulant snores. Hang on Y&R fans, help could be on the way. Our CBS insider spills that there could be a major recast, plus a newbie character, all to give Noah some sorely needed spice.

The Young And The Restless Spoilers – Noah Newman Is Sleepy

According to our inside source at CBS, there is talk of bringing on an actress in the role of Lola Rosales, formerly portrayed by Sasha Calle. On top of that, there could be a decision to bring on this mystery ex girlfriend he has referred to more than once. One or more women would be enough to create some buzz that awakens Noah from his perpetual sleepwalk–wait for it, it could be coming.

The role of Noah Newman has been recast multiple times. We think it is Rory Gibson’s time to shine in the part of Sharon Rosales (Sharon Case) and Nick Newman’s (Joshua Morrow) son. The character is from a legacy family, he has the world as his oyster, and to have him written like he’s Eeyore in a coma is inexcusable.

He was with Tessa before Mariah, and obviously this torch is LIT. Being the nice guy he is, he blurted out that he still has feelings for his ex, but would never act on them. Ho hum, where is the drama in that? Exactly.

The Young And The Restless Spoilers – Lola Rosales Could Return?

Our insider is hearing that Lola could be the antidote to this daytime nap. In the past Noah and Lola were chem tested for a hot second, and there was reasonable flash. Plus she is his overprotective stepdad’s sister and we bet Rey would have a thing or two to say about a Nola hookup!