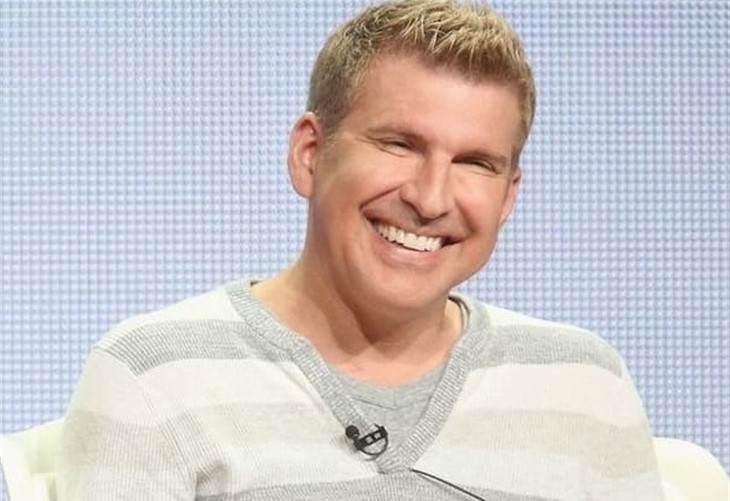 In recent Chrisley Knows Best news, Todd Chrisley thinks he would make a great addition to the cast of Real Housewives of Beverly Hills.

In a Wednesday, February 9 interview on the podcast Behind the Velvet Rope with David Yontef, Todd Chrisley, 52, said he believes that he would make a great addition to the Real Housewives of Beverly Hills cast. “I would be a housewife of Beverly Hills just so that I could be like best friends with Kathy Hilton. I mean, I feel like that she would probably leave Rick for me!” the film producer joked.

Keep reading and we’ll give you the low down.

The Chrisley Knows Best patriarch discussed which members of the RHOBH cast he would probably get along with best, pointing to Erika Jayne, Lisa Rinna, and Kathy Hilton. However, the TV personality also mentions a couple he would not get along with, referencing Kyle Richards and Dorit Kemsley.

The business mogul went into it in greater detail saying that he loves Erika and that he and Lisa were already good friends. “I think Dorit and I would probably be the ones that would fight because I think Dorit’s fabulous, but I don’t think anyone is ever going to think she is as fabulous as she does,” he jokes adding, “Kyle and I would probably argue, because she has some menagerie of animals in her home, and I don’t.”

Chrisley Knows Best – Chrisley Calls Kyle Richards Hot, ‘She And I Would Be Best Friends’

The Chrisley Knows Best veteran then blurted out that he thinks Kyle Richards is “hot.” He joked that he only watched the show because he thought Kyle Richards is hot and I love her sister Kathy.” Next the reality TV star gushed about Hilton, saying that the two of them would probably be “best friends.”

“So, she and I would be great friends.” Be sure to stay caught up with the Chrisleys and return here often for more spoilers, news, and updates.