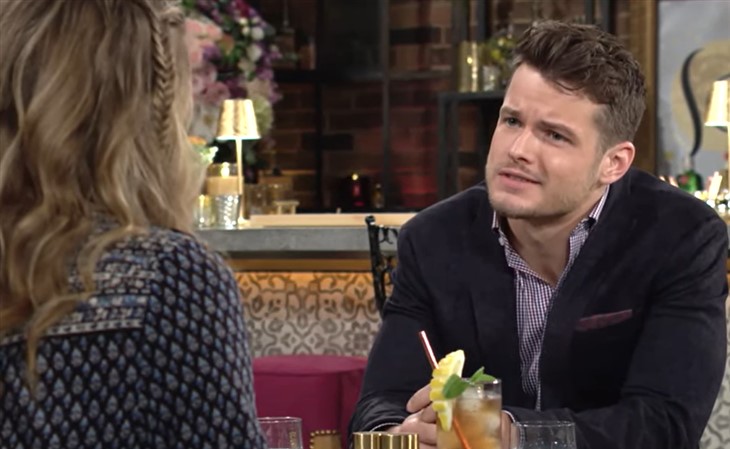 The Young and the Restless (Y&R) spoilers document that Kyle Abbott (Michael Mealor) and Summer Newman Abbott (Allison Lanier) presented a united front. They told their mothers that if each person continued to undermine the other, they would both be fired.

The above would likely not pass the legal test. But the Abbotts must be assuming that neither lady, both of whom were disrespectfully treated like children, would seek Michael Baldwin’s (Christian LeBlanc) services against Jabot.

Phyllis Summers (Michelle Stafford) and Diane Jenkins (Susan Walters) have been performing well for the company. But neither can deny that their bickering and accusatory manners are unprofessional.

The Young And The Restless Spoilers – What Did The Love Birds Expect?

Long-time Y&R followers know that Kyle and Summer’s relationship has been a roller coaster ride, to put it mildly. Summer (as long played by Hunter King) needed to mature and did toward the end of that actor’s run.

Lanier’s edition has furthered the maturity angle as Summer and Kyle are full into love bird, same page, schmoopy mode. Phyllis and Diane have no complaints with their in-laws and are genuinely happy that their children are giddily married.

But what did this pairing expect when putting their mothers in close proximity inside the Jabot building?

Yes, they set the stage for drama and are now managing it.

Kyle recently told his dad that he would hate to lose his mom or Summer’s. Diane has performed solidly since embracing the public relations role Kyle offered her. Phyllis’ performance has been good but is cloaked by her dishonest reason for seeking a job at Marchetti.

Summer still is not convinced that her mother wanted to work with her. Instead, she believes that Phyllis left The Grand Phoenix behind as part of a revenge plot against Diane.

So, Summer and Kyle’s plan puts Phyllis to the test. Putting Diane to it as well is not fair.

But faced with the daunting task of transitioning Marchetti’s operations from Milan, Italy, to Genoa City, Wisconsin, they can no longer tolerate their mother’s petty grievances. How long this clever order keeps Phyllis and Diane in line is yet to be seen.

So, Phyllis must hope she is not tied to Nikki’s efforts. If so, she and Diane could be out of Jabot no matter what Deacon may provide.