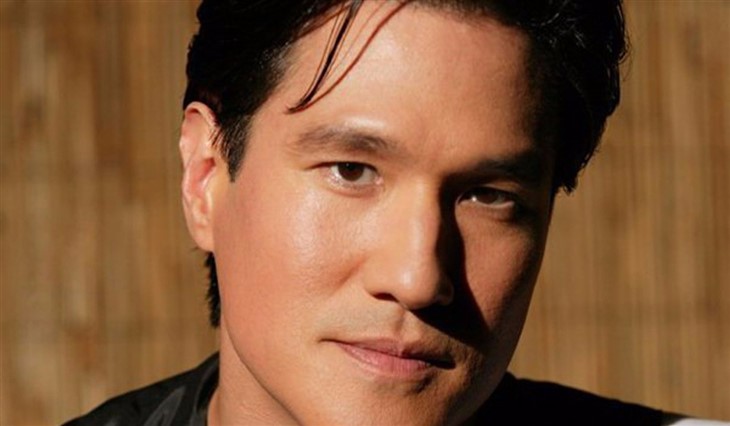 Who better to run things on Diane’s behalf in L.A. as she resumes wreaking havoc in Genoa City than Jack Abbott’s estranged & said to be dead son Keemo?

There is no doubt that it was all too convenient that Diane Jenkens back from the dead was the link to share Keemo’s “death” & a new granddaughter to Jack Abbott.

Is anyone buying this? Y&R fans are certainly questioning things. Otherwise, just the Abbotts & push-over Noah Newman are on board this so-called sweetness that has taken up residence at the Abbott Estate.

Y&R Spoilers – Diane Jenkins Is Double Dipping, Both Of Jack Abbott’s Sons Are Sponsoring Her Stirring The Pot In GC (Yet, Again)

Not only has Kyle Abbott (Michael Mealor) & his family become increasingly tolerant of his mother back from the dead. She’s been provided a suite at the Genoa City Athletic Club after being kicked out of Kyle’s wife’s mother’s hotel the Grand Phoenix.

Diane Jenkins has not only been put up by her only son she left young to let him think she was deceased at the GCAC but she’s also been offered a job.

It’s obvious that Diane has time to do Public Relations at Marchetti for her son Kyle & daughter-in-law Summer Newman (Allison Lanier). However, it seems mysterious that if Diane has been holding her own as a real estate agent in California under an alias that she might be able to sell real estate in Wisconsin.

It seems Diane Jenkins & Keemo Abbott have real estate in common. He’s watching her home that he lived in before he faked his own death.

Keemo Abbott has worked in the Jabot lab. Keemo’s daughter Allie has toured the lab & also has a degree in chemical engineering. Now she’s been offered an internship.

For the time being, Keemo is sure to stay dead in L.A. but it’s unclear about Allie’s mother.

Allie has set up the entire Abbott family to buy anything she has to say. There is no doubt that if/when Allie’s mother/Keemo’s ex-wife calls for a favor she will also have a room at the Abbott Estate… Or maybe a suite at the Grand Phoenix or the GCAC.

No doubt she will have some reason to be offered an opportunity like Diane & Allie have & will wreak only havoc for Jabot.

Do you agree that Diane, Keemo, & Allie are all in cahoots? Leave your feedback on our social media!