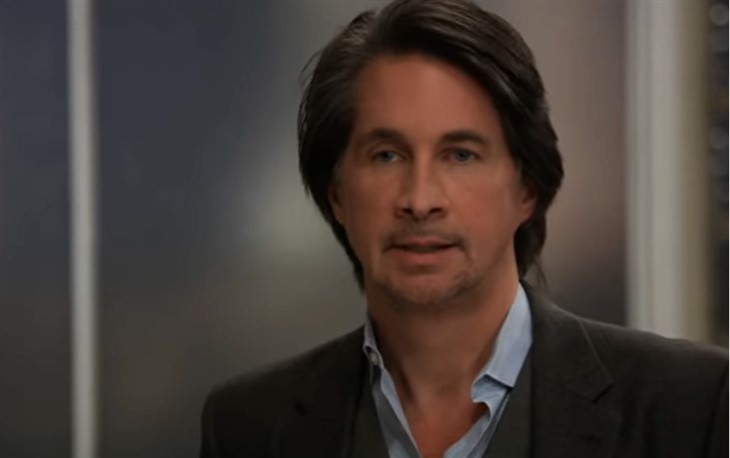 General Hospital spoilers tease Hamilton Finn (Michael Easton) isn’t very big on secrets. When he was hiding the truth about what he did to Peter August (Wes Ramsey), he could hardly live with himself, even though he felt like Peter wasn’t a good person and didn’t deserve to live.

That experience taught him quite a lot about himself though, and about Elizabeth Baldwin (Rebecca Herbst), who seemed more riddled with guilt about pushing Reiko Finn (Mele Ihara) down the stairs than she did about putting Peter’s allegedly dead body into a hospital freezer for safekeeping until she could help dispose of it. To say both of their morals are questionable is an understatement. Still, the third part in this equation — Nikolas Cassadine (Marcus Coloma) — will sell out anyone to protect himself. So Finn is going to be right to be worried about Elizabeth’s wellbeing when he discovers the truth.

According to General Hospital spoilers, Finn is going to start snooping around in Elizabeth’s business after she repeatedly won’t tell him what’s going on and where she’s been spending all the time she can’t share with hill. When he decides to follow her to Wyndemere, he assumes he is on the verge of heartbreak after fighting so hard to keep this relationship together, and he’s insulted that Liz would handle things this way. He’s been so forgiving and patient, after all.

Finn just might feel a brief sense of relief when he realizes he is not going to find Elizabeth in bed with Nikolas. Instead, he might even stumble upon them arguing over their plan of action with Esme Prince (Avery Kristen Pohl) — who is being held against her will in the castle! That’s the part that will stand out to him. Why on Earth would Elizabeth help Nikolas hold this pregnant girl hostage? He knows how much her friendships matter to her, but he can’t help but feel rejected as she’s shown him how little he means to her in comparison.

It’s not that Finn can’t trust Elizabeth, although he’s starting to wonder if he jumped the gun with that when they both agreed to keep Peter’s alleged death a secret. Finn does not trust Nikolas though. He knows when Elizabeth was covering for him, he would never have come clean about what he did because it would have endangered her and her boys. He doesn’t have the same confidence in Nikolas to keep his lips sealed about Elizabeth’s involvement in helping him. Given the way that Nik coerced Liz into helping in the first place, Finn might be right. Stay tuned for more General Hospital spoilers to see what happens next!