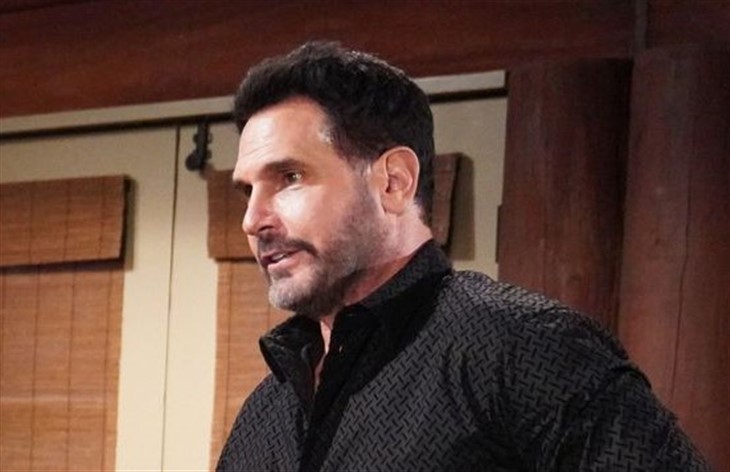 The Bold and The Beautiful spoilers reveal that Carter has been interested in Katie for some time. However, Carter has been in a couple of relationships since then. Now that Quinn has dumped Carter and left town will he drop Katie if Quinn returns? Will Carter tell Quinn that he wants nothing to do with her after the way she walked out on him?

Bill has laid down the law to Carter about Katie. However, Carter knows all too well that Brooke Logan (Katherine Kelly Lang) Is who Bill wants. However, Bill is not going to let go of his contingency prize without winning Brooke. Brooke has told him several times that she wants Ridge Forrester (Thorsten Kaye). Will Bill finally get the hint and stop trying?

Katie, unbeknown to Carter, heard his speech to Bill. Katie knows how Carter feels about her and realizes he could give her exactly what she wants. Will Katie and Carter ignore Bill and see where their relationship goes? What will Bill do if he sees Katie moving on without him? If Bill isn’t happy, nobody’s happy.

Bill is not about to allow Katie to be happy with someone else. If he cannot have Katie, he isn’t about to allow someone else to have her. Bill wants Katie to believe that she has no one but him to fall back on. However, Katie is at the point where she would rather be alone than be with Bill. If Carter goes back to Quinn will Katie simply go back to waiting on Mr. Right?

The Bold And The Beautiful – Will Quinn Fuller Ruin Another Wedding?

Quinn has already broken up Carter’s wedding once. Could Quinn be persuaded to come back and break up another wedding? Carter really cares about Katie and wants a family. Katie can give him that when Quinn cannot. Quinn doesn’t want to raise more children. Quinn doesn’t want the same things out of life that Carter does. Will Carter fall for Quinn’s pleas to come back?

Carter broke up with Paris Buckingham (Diamond White) to be with Quinn. However, Carter’s sacrifice was for nothing because Quinn walked off and left him. Has Carter learned from his last mistake? Is Carter truly ready to move on from Quinn?

GH Spoilers: Michael Lets Carly In On The Real Reason Willow Is Hunting For Her Birth Parents