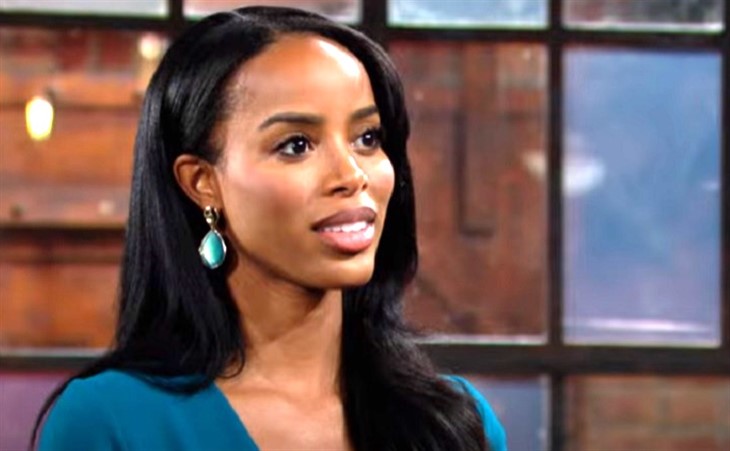 The Young and the Restless (Y&R) spoilers document that Imani Benedict (Leigh-Ann Rose) is on a mission. She wants to be the most significant part of Nate Hastings’ (Sean Domonic) life.

It is obvious to everyone, especially Amanda Sinclair (Mishael Morgan), that Imani will not drop her plan to pursue Nate. But the question is, why is Nate allowing the pursuit to happen?

Nate was forced to stop performing surgery. That happened because his cousin, Devon Hamilton (Bryton James), punched him in the face in the recent past.

The physical ambush happened after Elena confirmed that she and Nate began an unexpected romantic relationship. That spark proved to be the start of a couple’s switch, with Devon and Amanda also coupling.

Nate did not enjoy being in medical management. So, he accepted Devon and Lily Winters’ (Christel Khalil) offer to join the merged Chancellor-Winters, where he is serving as its Chief Operating Officer.

It is reasonable to wonder if Devon’s feelings for Elena are completely resolved. He loves Amanda. But they have not married and have no children.

Devon was enchanted by Amanda from the moment he first saw her standing outside of his penthouse door, which is across the hall from where Nate and Elena live. Amanda’s striking resemblance to Hilary Hamilton (Morgan) proved to be far more than coincidence, as Devon suspected.

However, this is daytime. So, proposing that Elena could seek comfort from Devon if Nate gives into Imani’s relentless efforts is not outlandish.

The Young And The Restless Spoilers – Imani Benedict Tells Sister Off

Imani told Amanda at the Chancellor-Winters merger launch that she loves her. But the comment was followed by Rose’s character advising her older sister to back off when it comes to her personal life.

Nate is someone that instantly caught Imani’s eye. But harmless flirting did not wither as winter turned into spring.

A hot summer seems likely to include Imani forcing a decision. Nate will be forced to decide if he wants to permanently commit to Elena or explore what Imani is offering, or even switch to being with her full-time.