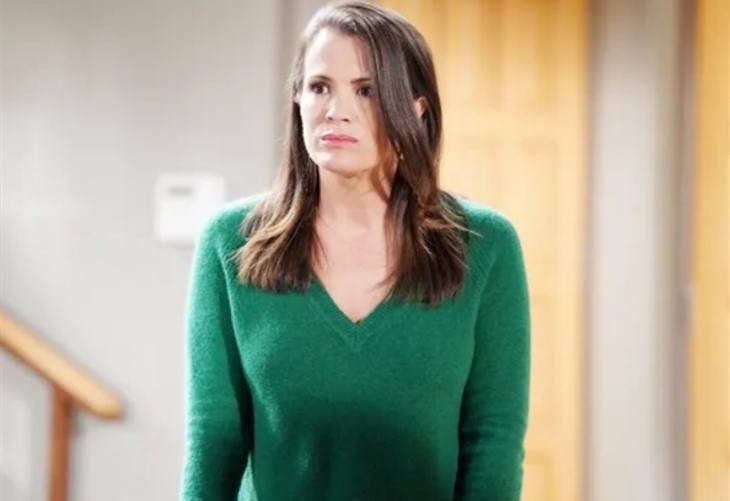 The Young and the Restless spoilers reveal that Jordi Vilasuso (Rey Rosales) is leaving the CBS soap. Fans have watched as Sharon Rosales’ (Sharon Case) husband has gotten much closer to Chelsea Lawson (Melissa Claire Egan). So, what happens when Rey is no longer a possibility for Sharon as well as Chelsea?

The Young And The Restless Spoilers – Sharon Rosales’ Doomed Marriage

Y&R spoilers reveal that Rey was there for Sharon during her cancer diagnosis and treatment. Afterward, the couple went through some rocky times due to Sharon being there for Adam Newman (Mark Grossman). Even though Sharon and Adam were not having an affair, Rey was extremely jealous. There was also Sharon helping Adam during Rey’s poisoning storyline.

Rey and Sharon did work things out and just celebrated their first wedding anniversary. However, the relationship isn’t hot but isn’t cold either. Honestly, Rey and Sharon seem more like roommates or friends than they do lovers.

When Chelsea returned to Genoa City, it was clear that she bonded with Rey. It has also been established that Rey has developed a close connection with Chelsea’s son, Connor Newman (Judah Mackey). Rey has always wanted a family of his own. However, that is impossible while he is with Sharon.

It seemed for a while that the soap was building up to Rey having a love triangle. Some fans thought Rey would stay with Sharon while others thought the detective’s future was with Chelsea.

The Young and the Restless spoilers reveal that in the next few weeks, Chelsea and Rey will get even closer. Chelsea having fantasies and dreams about Rey helped her get over Adam. However, it was just reported that Vilasuso is leaving the soap later this spring. So, what does that mean for Sharon and Chelsea?

First of all, Sharon has noticed the bond between Rey and Chelsea. However, Sharon should be more suspicious or wary of it. Instead, she’s acting like she doesn’t really care. So, Rey and Sharon will probably break up. It is assumed that Sharon might end up back with Nick Newman (Joshua Morrow). The two have been spending a lot of time together and Nick is always turning to Sharon for advice these days.

As for Chelsea, what happens when Rey leaves Genoa City? Even though love triangles are a foundation in soaps, fans are tired of the same love triangles repeatedly. So, Chelsea might try to get Sally Spectra (Courtney Hope) out of Adam’s life. What would be more interesting is if Chelsea ended up going for someone else, though. What would you like to see happen with Rey, Chelsea, Sharon, Nick, and Sally?