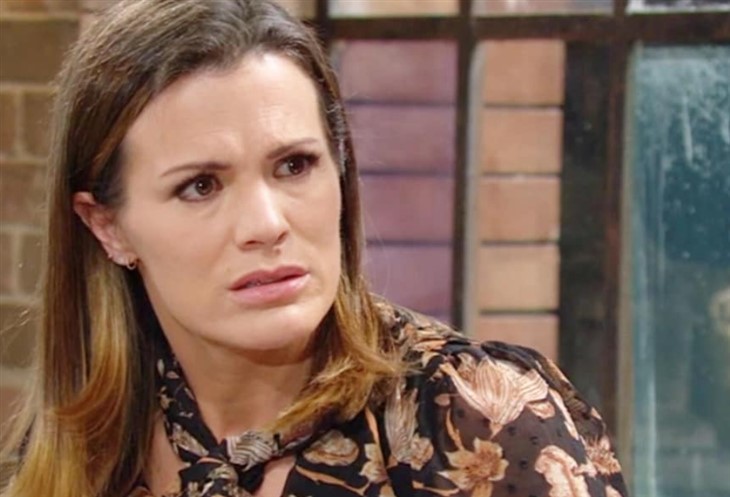 The Young and The Restless (Y&R) spoilers and updates tease that Chelsea Lawson (Melissa Claire Egan) is going to be mad when Summer Newman Abbott (Alison Lanier) gets the top spot! Lauren Fenmore Baldwin (Tracey E. Bregman) may be considering her own retirement so she’ll need someone to take her place in future episodes of Y & R!

Lauren doesn’t like the idea of Michael Baldwin (Christian LeBlanc) continuing to work for Victor Newman (Eric Braeden); he’s given him yet another assignment that Lauren fears could be dangerous. The last time Victor gave Michael an assignment he was kidnapped and no one could reach him for weeks, but he finally escaped and made it back. Michael had been in a Peruvian jail after exposing Ashland Locke’s (Robert Newman) fraud concerning his fake cancer diagnosis after talking a doctor who had worked at the cancer clinic.

No one can blame Lauren for wanting Michael to retire under those circumstances, but he is afraid he’ll be bored and wither away in a rocking chair, so to speak! He is the kind of person who needs to be challenged and use his skills, so Lauren might retire to push him into retirement-they don’t need to work for money!

Lauren likely would remain the owner of Fenmore’s, she just wouldn’t be doing the active duty thing – she’d need someone else to take over; Summer would be the perfect fit! And Summer will likely be considering a move back to Genoa City soon, so the timing would be perfect-Kyle Abbott (Michael Mealor) is considering a move back. After all, the only way that he can know that Diane Jenkins (Susan Walters) really has changed for the better is to live close and spend time with her. It would work out perfectly since Summer would want to keep working in fashion and Lauren would need someone with her experience, if Summer can peel herself away from Marchetti! Summer has the experience and talent to head up Fenmore’s and that’s a proven fact or she wouldn’t have been chosen to work at Marchetti’s!

Previous episodes of Y & R revealed Chelsea seems to be the jealous and vindictive type – and she can get a little off balance, to say the least! She was very jealous over Adam Newman (Mark Grossman) at one time, and when he spurned her, she wanted revenge, and set him up for poisoning Rey Rosales (Jordi Vilasuso)! Ironically, Rey later became her close friend and she grieves the chance to become more than friends since his death, as well as Rey himself of course.

Just because Rey was married to someone else it doesn’t mean she didn’t want to be more than friends, secretly thinking she could have lured him from his wife! She will be just as jealous if Summer takes the top spot at Fenmore’s, thinking she deserves it more than Summer does!

Viewers would not be surprised that Chelsea would employ dirty tricks to get Summer booted from the company; after all, Summer is younger and more inexperienced. Or at least, that’s what Chelsea thinks; she thinks she has much more experience in fashion than Summer, and that attitude is more likely to get her fired! Chloe Mitchell (Elizabeth Hendrickson) could be picked to replace Chelsea instead of Chelsea being picked to replace Summer, being much more cooperative and easier to work with. Chloe is willing to compromise on important issues, whereas Chelsea is not-that could create a rift between her and Chelsea were she her replacement! Lauren would still have the final say if she remains owner of Fenmore’s, which she likely will!