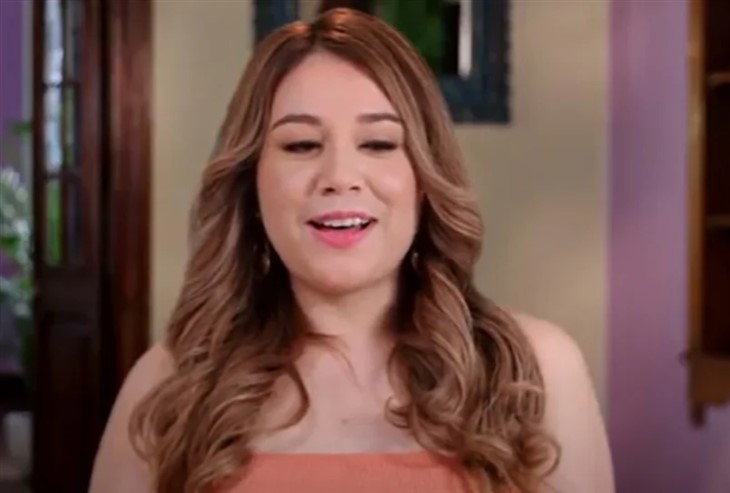 Mahogany Roca entered the TLC show when she met Ben Rathbun online, with whom she grew a closer bond when they talked about their faith in God. Thinking that he already found the love of his life following his divorce, Ben made his way to Peru to personally meet Mahogany and to meet her parents as well.

However, their meeting was not as smooth as they have expected as the father-of-four got a little disappointed when Mahogany doesn’t look the same in her pictures online due to the use of heavy filters. Ben also grew upset when he found out that the Peruvian beauty lied about her age and the place she lives.

In her recent post on her official Instagram account, Mahogany shared a photo of herself wearing a printed cropped top paired with gray pants as she showed her new weight loss figure. She captioned it: “Good Saturday, special fact, it was never my idea to use a translator but from someone else, yes.”

Her followers flooded the comment section with compliments, saying that the TLC star looked gorgeous with her transformation. With constant physical changes, viewers got confused about her actual look. A Reddit user said, “We saw her on the show, her butt does not look like that in real life.” One fan commented, “Her fashion sense is also interesting. I never thought to pair kitten heel boots with yoga pants.” Another one chimed in, “She’s beauty, she’s grace, shorty always got a different face.”

Mahogany Roca gave a bombshell revelation that may conclude that her storyline in reality TV was fake. She uploaded a selfie, and mentioned that she never rented an Airbnb and was really living independently as her caption. “The truth is that I never rented an Airbnb in my life. I didn’t find out about this fantastic way of doing it until after the show. A few months before the show, I lived independently in front of the beach,” she wrote. 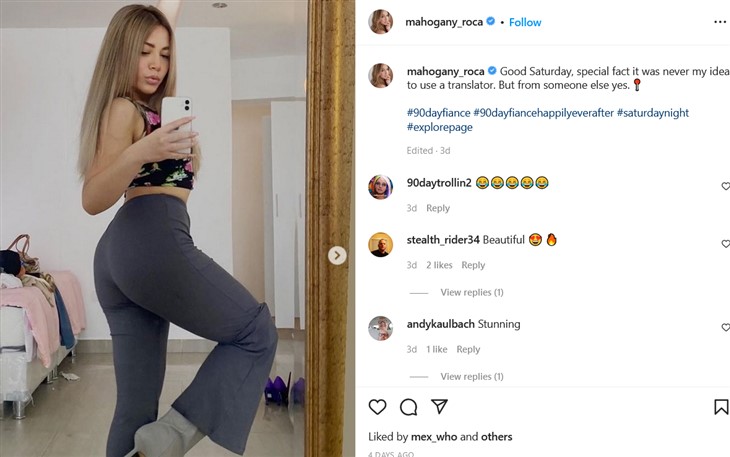 The TLC star also stated that when she has to meet Ben at the airport, someone convinced her not to see her online boyfriend and she just followed the request. “Can you imagine if I had gone to the airport? One night before, I had a phone and this person asked me to go,” Mahogany said.