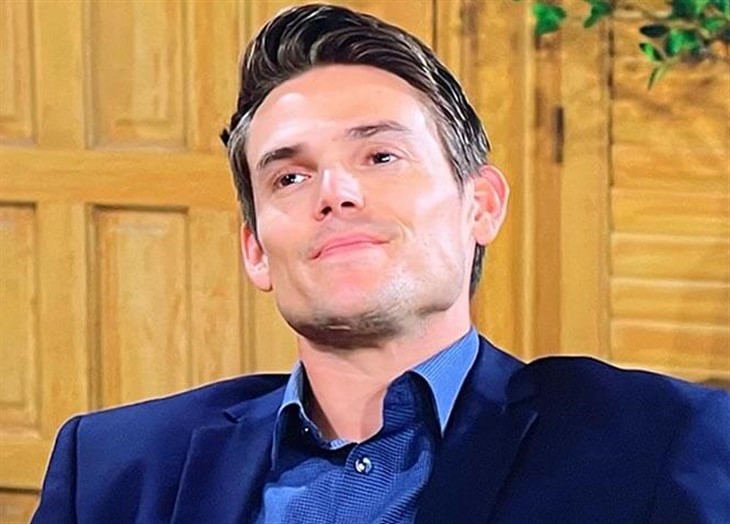 The Young and the Restless (Y&R) spoilers document that Adam Newman (Mark Grossman) is trying to please his father. Victor Newman’s (Eric Braeden) crusty nature implies that Adam’s task ahead is impossible.

However, Adam is smart, and he benefits from the fact that Victoria Newman (Amelia Heinle) is playing games in New York. While Victor and Nikki Newman’s (Melody Thomas Scott) firstborn is gone, Adam has an opportunity to impress pops, which is a verbal wink to the nickname Michael Muhney’s (Adam) version of this Y&R character used to call his old man.

The Young And The Restless Spoilers – What Is Victoria Newman Doing?

Teasers indicate that Victoria may be playing Ashland Locke (Robert Newman). But if that proves true, is she also still trying to teach Victor a lesson?

Victoria surely did not like that Victor sabotaged her relationship with Ashland. She felt her father was unable to stop treating her like she was a child.

The New York move allows for some breathing space, with viewers taking note that Victoria was still irked by Adam’s ascension to the throne she feels entitled to hold.

But Adam also added a second line and then looked at his father to reinforce meaning. He said that he would follow in the footsteps of the company’s founder, Victor. That means Adam plans to be ruthless, right?

Is is out of the question that Adam might attack family members, as Victor did so often in past years? Probably not, with whatever rival corporation Victoria and Ashland create becoming Adam’s target.

The Young And The Restless Spoilers – Victor Newman Very Involved

Does it look like Victor has a rare blood disease that is keeping him down? No.

Devoted viewers recall that Victor received that diagnosis in the recent past. That plot point justified Victor stepping back from the day-to-day affairs of the company.

Now, a handful of years later, he is re-energized. So, the wonders of modern medicine must be working, or Victor is pushing himself too hard. In any regard, Adam will likely not get away from Victor’s shadow.

Adam will be in charge if Victor falters, with Victoria not being able to save the day and Nikki being the Moustache’s only defense against Grossman’s character ruling the behemoth in Genoa City, Wisconsin.

Days Of Our Lives Spoilers: Chanel And Theo Have A Heart To Heart- Helps Decide Romantic Future