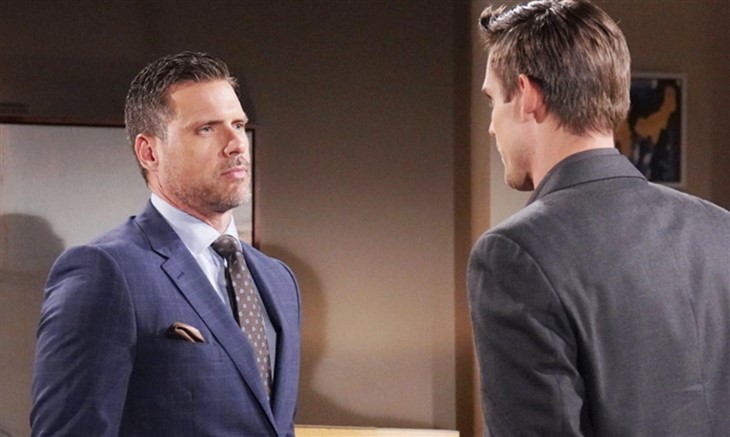 The Young and The Restless spoilers and updates tease that there’ll be a brutal brother battle when Adam Newman (Mark Grossman) tears into Nick Newman (Joshua Morrow). Ever the romantic rivals, Adam won’t like it when he finds out Sally Spectra (Courtney Hope) looks like she’ll choose Nick over him.

The Young And The Restless Spoilers – Angry Adam Newman

Adam will happen to spy Nick helping Sally plan her future, as he’s been encouraging Sally to come over to Jabot after finding out Victoria Newman (Amelia Heinle) fired her. Adam had dumped Sally in an effort to keep her in her job at Newman Media but he still loved her then and still loves her now. Sally was very hurt and she could tell he still loved her but was turned off by his manipulative nature, even though she has been a manipulator too.

She too had gone to extremes to keep a lover in her own past and so she saw through Adam. But Adam refused to be real with her when she confronted him on it so she’s not going back, and seeing him angry didn’t help matters any.

According to Y&R spoilers, Adam continues to lurk and listen to Nick and Sally as they talk about where she goes from here. Nick was very sorry that Victoria made the decision she did, but she was in a huge hurry to get Nate Hastings (Sean Dominic) in place. Sally had literally been kicked out of her former office and didn’t even get a chance to say goodbye to it, and her employee Chloe Mitchell (Elizabeth Hendrickson) was fired also.

Victoria apparently wants Nate to take both positions and combine them into one, and Sally understands that Nick was overruled. She tried to impress Jill Abbott (Jess Walton) when they encountered each other at Society, but she hadn’t heard back from her, hoping to find a spot at Chancellor-Winters.

The Young And The Restless Spoilers – Stay Away

Adam isn’t quite in touch with how Sally really lost her job and doesn’t realize Nick couldn’t prevent Victoria from firing her. After Sally leaves, he jumps down Nick’s throat for ganging up with Victoria against Sally at Newman, then having the nerve to date her. Nick bristles, owes Adam no explanation but he does tell him that he and Sally weren’t on a date, he is going to try and help her.

Nick hopes his recommendations to prospective employers will help Sally find her niche. He tells Adam to lay off him and mind his own business as far as his or Sally’s personal lives, to which Adam walks away in a huff.