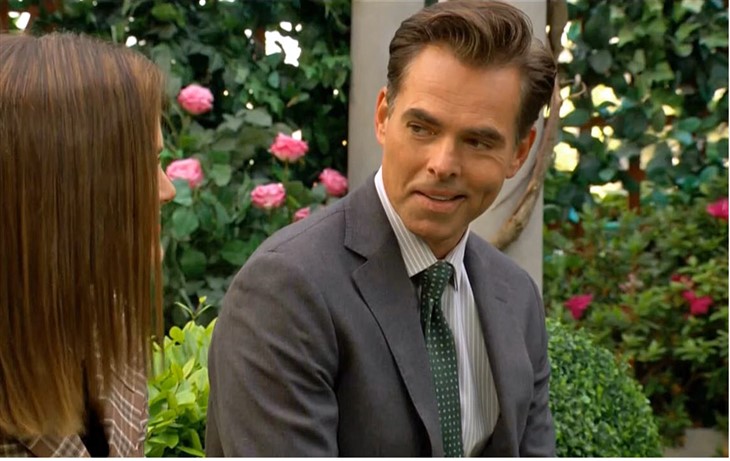 The Young and The Restless spoilers and updates tease that Billy Abbott (Jason Thompson) and Chelsea Lawson (Melissa Claire Egan) may start another podcast once she’s ready. They may decide to start a podcast on mental health and help for those who need it, putting their experience to good use but Lily Winters (Christel Khalil) may get paranoid.

The Young And The Restless Spoilers – Billy Abbott Wants To Help

Billy saved Chelsea’s life the night she tried to commit suicide, and he’s been in the depths of despair himself, especially when his daughter Delia Abbott (Sophie Pollono) died. He would be the first one to want to help others who have been in similar situations and once Chelsea is stable, she may want to also. But until she is ready to be released, Lily will continue to feel threatened by Billy’s attention to Chelsea, with Adam Newman (Mark Grossman) disagreeing about Billy’s involvement as well.

Billy and Adam, enemies since Adam accidentally ran over Delia, will continue to put up with each other since they have the common goal of Chelsea getting well. Chelsea will continue to concentrate on her recovery as well, hoping to be released for a Thanksgiving meal with her and Adam’s son Connor Newman (Judah Mackey).

A new beginning for Chelsea will come into view as she continues to put the work in towards healing, and handling crises and emotional situations in new and constructive ways. She will always be thankful to Billy for his support and his wrestling her off that ledge, which would have resulted in her death had he not been there. Billy could relate to Chelsea and her despair, and that was what made all the difference; she needed someone who truly understood, and that may give them their podcast idea.

According to The Young and the Restless spoilers, Billy had explained this all to Lily without divulging too much except that Chelsea needed support and had been in despair, but she’ll continue to feel threatened. Lily will view Chelsea’s past friendship with Rey Rosales (Jordi Vilasuso) as an attempt to steal Sharon Rosales’ (Sharon Case) husband and fear the same will happen with Billy.

The Young And The Restless Spoilers – Lily Winters’ Paranoia

While Billy and Chelsea may indeed have a close, but platonic, relationship, the experience they shared on that roof can’t help but bond them. If they do decide to start another podcast to help others who may be in the same precarious situations that they themselves have been in, Lily may be paranoid. Billy left Chancellor-Winters although Lily felt it was best for him, but she won’t feel it’s best for them for him to start a podcast with Chelsea.

Lily won’t care how caring and how altruistic Billy’s intentions are, she won’t see past Chelsea trying to steal Billy like she tried to steal Rey. The fact that they share a child they created during a past fling isn’t helping matters any because that’s a past tie that continues.