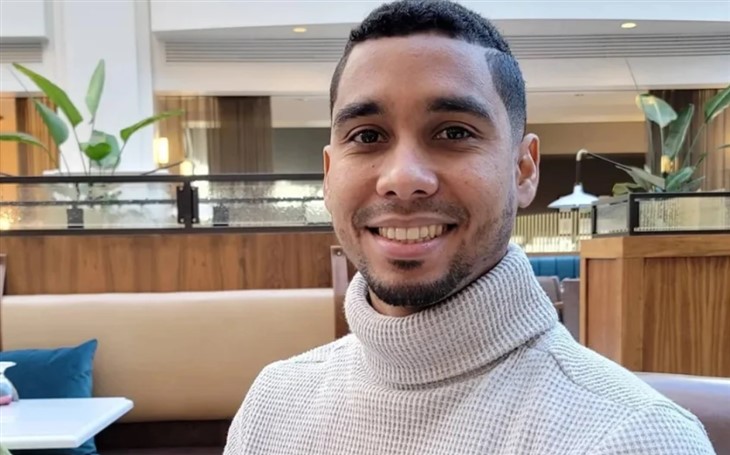 The Family Chantel spoilers reveal that fans of the show are a little angry with Pedro Jimeno right now. He is best known as the husband of Chantel Everett from 90 Day Fiance and the Family Chantel spin-off series. Ever since he started acting strange with his boss, Chantel thought that he was cheating on her. He ended up filing for divorce shortly after these accusations came up, but by the way he is acting around his boss, it looks as if something is going on between them and it looks like more than friendship.

The Family Chantel – Cozy With His Boss

Ever since Pedro started at this new job, things have just gotten a little weird. First, he started going out with almost everyone he works with and they were mainly women. Then he started acting weird towards his wife, Chantel and she just knew that something was up. By the way he has been acting, fans have seen the signs of adultery and he is wearing them well. By the way he acts with his boss, Laura, and his coworker, Antonella, things are not professional between them. Now he is sharing photos with them on social media and it looks like they are closer than they should be.

In his most recent photo, he is with his boss, Laura and eagle-eyed fans started to bring up some serious questions about their relationship. The photo was shared in a Facebook group and in it, Pedro is dressed in formal wear and he is posed next to Laura. He is smiling really big and has his arms around her waist. She also looks very excited to be with him in this photo. Is this any way for a boss to hang out with her employee?

Of course, fans of the show were shocked that he would have these pictures on social media. One fan wrote, “I’ve never seen ANY bosses who pose like this with their male employees.” Another added, “He’s just using her to get all the good listings and make more money.”

From the photos, it definitely looks as if these two are closer than they should be and we will keep an eye on his Instagram account to monitor the pictures that he shares.

The Family Chantel Spoilers: Will Chantel Everett Be On 90 Day: The Single Life?