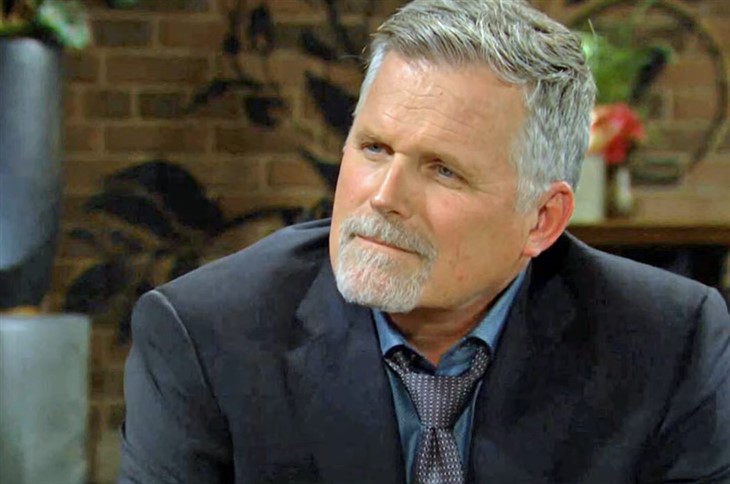 The Young and the Restless (Y&R) spoilers for Thursday, May 12, 2022, reveal Ashland still making a claim on Genoa City as his new home.

The Young And The Restless Spoilers – No More Lies From Ashland Locke???

He may technically be out of Victoria Newman’s (Amelia Heinle) life and he may not have Newman Enterprises of his own, but he does have $500 million and nothing to spend it all on so he decides he is going to put down some roots in a sleepy little Wisconsin town. Seems logical to us.

To that end, Ashland Locke (Robert Newman) continues apologizing to people for all the things he did wrong to trick them, but will it work this time or will they suspect even more secrets? And is he being sincere? The Newmans certainly do not think so, but what about the Abbotts where Harrison lives. Ashland still thinks of the little curly-haired blonde boy as his son, but he is now an Abbott and the Abbotts are not very happy that he fake his cancer and made the child believe he would die.

Speaking of Newman Enterprises and CEOs, Victoria is back in the perch she believes she earned and deserves but that doesn’t mean all will go well for Nikki Newman (Melody Thomas Scott), who she named co-CEO for some odd reason despite her having absolutely zero business experience.

Well, Nikki is now thrown into the fire and has to put a few out when Ashland’s lies go public. This is something the Newmans wanted to keep under wraps but now they will be forced to spin things their way.

It’s definitely a Newman day as Nick Newman (Joshua Morrow) is forced make a big choice in which he questions both his morals and his ethics. What will he decide to do? More importantly, what decision is this and who else does it involve?

Could this have something to do with new widow Sharon Rosales (Sharon Case) or perhaps it has to do with the wedding on Mariah Copeland (Camryn Grimes) and Tessa Porter (Cait Fairbanks), which starts on Friday the 13th. Stay tuned to The Young and the Restless weekdays to see how these stories play out.

Days of Our Lives Spoilers: Can Gwen Be Redeemed?