Y&R Spoilers: Ashland Gets The Shock Of His Life 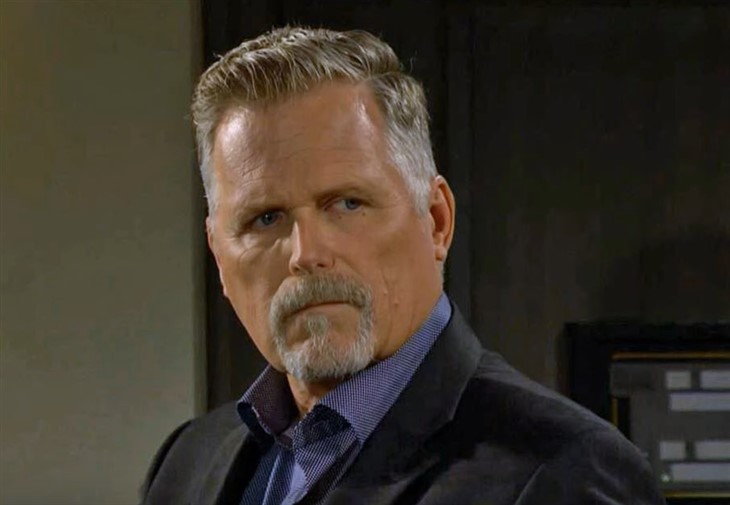 The Young and the Restless (Y&R) spoilers for Friday, July 1, 2022, reveal Ashland making a startling discovery. But what will he do about it?

The Young And The Restless Spoilers – A Newman Mystery?

It’s been very clear that Victoria Newman Locke (Amelia Heinle) has definitely been up to something when it comes to Ashland Locke (Robert Newman). After her outrage at learning he had lied about having cancer and the subsequent accident that resulted in her hip injury and Rey Rosales’ (Jordi Vilasuso) death, it seemed inconceivable that Victoria was really ready to take this man back and it looks like she wasn’t. But she was ready to set him up to take a fall.

That trip to New York? The banishment of her family? All an act. An act to get a hold of the money Ashland had left from The Great Victor Newman (Eric Braeden) and leave him with nothing. tIt looks like she succeeds in just that, but it also looks like Ashland finds out what she is up to. Will he play along with Victoria’s little game or will he confront her?

Could the Locke Ness Monster really be ready to rear his ugly head for real? We have heard so much about it, but Victoria had seemed to soften him.

Adam Newman (Mark Grossman) thought he was getting it all when Victoria left and he finally became the CEO of Newman Enterprises. It’s all he ever wanted and he installed Sally Spectra (Courtney Hope) in a cushy position, as well. But now Victor is giving him ultimatums and Adam doesn’t like it one bit. Will Adam go along with what his father wants or will he defy him?

Things have been looking as if they would boil over between Chelsea Lawson (Melissa Claire Egan) and Chloe Mitchell Fisher (Elizabeth Hendrickson) for a while now, but it looks like that friendship and creative partnership may finally be over. They disagree way too much, which Chloe of all people attempting to be the voice of sanity.

Where will these two women end up if they don’t have each other? Their friendship has ended before, but will it be for good this time? Stay tuned to The Young and the Restless weekdays to see how these stories play out.

Days Of Our Lives Spoilers: Is Sarah Going Absolutely Insane?