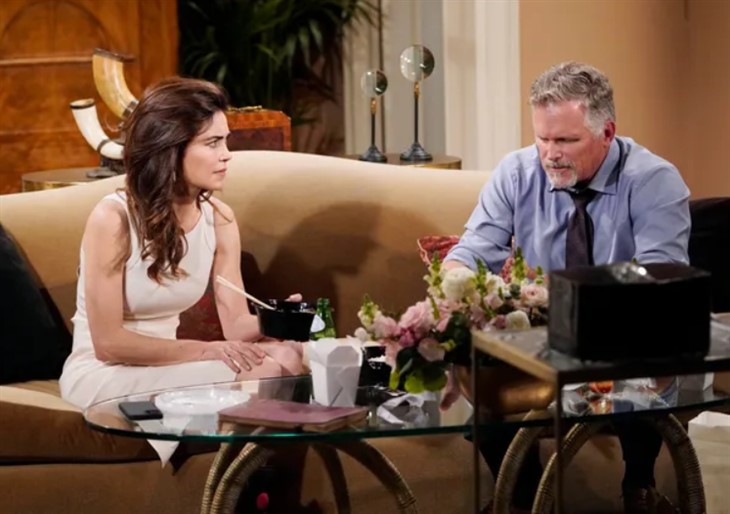 The Young and the Restless spoilers reveal that Ashland Locke (Robert Newman) could end up dead. However, when Ashland’s death is ruled a homicide, Victoria Newman (Amelia Heinle) could be the prime suspect. After all, Victoria was betrayed and conned by Ashland. Then, she sought revenge by conning Ashland right back. Could Ashland fake his death, though?

The Young And The Restless Spoilers – Ashland Locke Bamboozled

Y&R spoilers reveal that Ashland manipulated and deceived Victoria to marry her and get access to the Newman family legacy. If that weren’t bad enough, Ashland told everyone, including Victoria, that he had terminal cancer. To make his lie believable, Ashland even told Harrison Locke (Kellen Enriquez) about the cancer, which was devastating for the little boy.

Now that the truth is out, it seemed as if Victoria was done with Ashland. However, the pair have reunited but it is becoming clear that Victoria is using this opportunity to get revenge. Victoria is also trying to recoup the money that Victor Newman (Eric Braeden) paid Ashland to get out of Genoa City.

Victoria placed a secret phone call to Nick Newman (Joshua Morrow). Victoria dropped a few clues that she was creating a company to rival Newman Media. Victoria knew that Nick wouldn’t be able to help but inform Victor of the business plan. Nick did exactly as Victoria predicted and she thinks that her plan is working out perfectly.

Victoria knew that her father would block the investors from pouring money into Destiny Media. Victor did exactly that, so now Victoria is working on the next phase of her plan. Victoria convinced Ashland that they should fund the project themselves.

Victoria is going to deposit $250 million into a corporate account – which is probably not her money but the donation that Ashland made to New Hope. Then, Victoria will tell Ashland he needs to contribute $250 million of his money into that same account. Interestingly enough, that equals $500 million… the exact amount of Victor’s payoff to Ashland.

The Young And The Restless Spoilers – Victoria Newman The Prime Suspect?

The Young and the Restless spoilers reveal that fans could see a murder mystery. It is teased that Ashland might be the victim. When Ashland ends up dead, there will all kinds of people who have a motive.

However, due to Ashland being in Manhattan and not Genoa City, the only person who really has the opportunity to kill Ashland will be Victoria. That could make her the prime suspect, especially given her being conned and trying to get revenge.

Ashland has faked his death before. It’s actually how he became Ashland Locke all those years ago. So, it would be easy to fake his death again. This time, Ashland won’t be trying to run off with someone’s inheritance or erasing Bobby DiFranco. This time, Ashland could be trying to punish Victoria for conning him. If this happens, then how will Victoria clear her name?