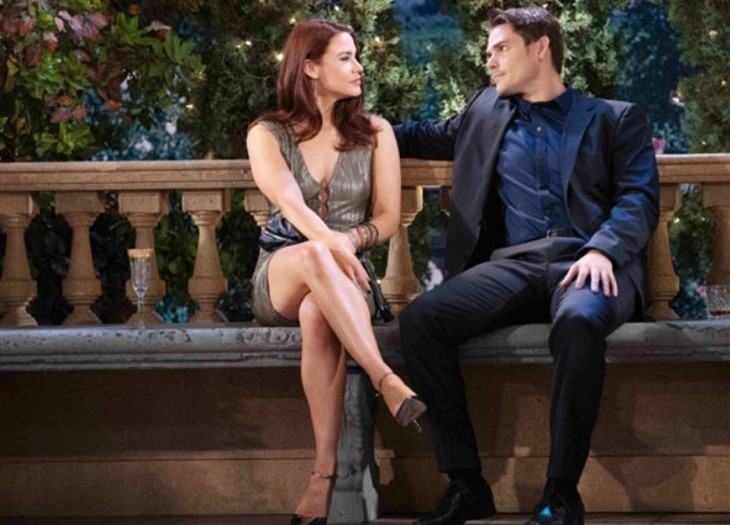 The Young and the Restless (Y&R) spoilers show that the breakup between Sally Spectra (Courtney Hope) and Adam Newman (Mark Grossman) still radiates in our hearts and we are counting down the minutes until we see them back together, however, it looks like Adam is going to be making us wait quite a while longer.

Their whole breakup came about because of Victor Newman (Eric Braeden) leveraging her job over Adam’s head and making him play ball when he didn’t. Knowing how hard Sally has worked to get to where she is, Adam did not want to let her lose everything, so he figured it would be better for her to not be with him and be safe from losing her job.

However, we saw how on fire they were together, and apparently, Sally knew it all too well as the breakup came as quite the shock to her and she knows that something is up. She’s not going to let this relationship fade away in the wind and will try to play ball with Adam to find out what exactly is going on.

Meanwhile, it doesn’t seem like Adam is ready or willing to open that back up. While they, of course, still are infatuated with each other, Adam knows that his father would ruin it, but at the same time, Sally may do it herself if she continues to investigate the Ashland Locke (Robert Newman) case.

Nick Newman (Joshua Morrow) has begged her to back off as well, for everyone, but that is not who Sally is and she will fight to get her way.

Some rumors suggest that to get Sally to back off of him, the story and everything else, he’ll go back to Chelsea Lawson (Melissa Claire Egan) as a distraction and a faux relationship. This would definitely throw Sally off and really want questions.

At the same time, Chelsea has been spending a lot of time around Billy Abbott (Jason Thompson), and now viewers are suggesting that something might happen between them, leaving Billy and Lily Winters (Christel Khalil) at odds end.

I sure hope that Sally and Adam can see through each other’s fake walls and reunite. If we lost this relationship forever, I will surely be upset.

What do you think? Are you a fan of Sally and Adam together? Let us know in the comments below.