Y&R Spoilers: A Little Diddy About Jack And Diane 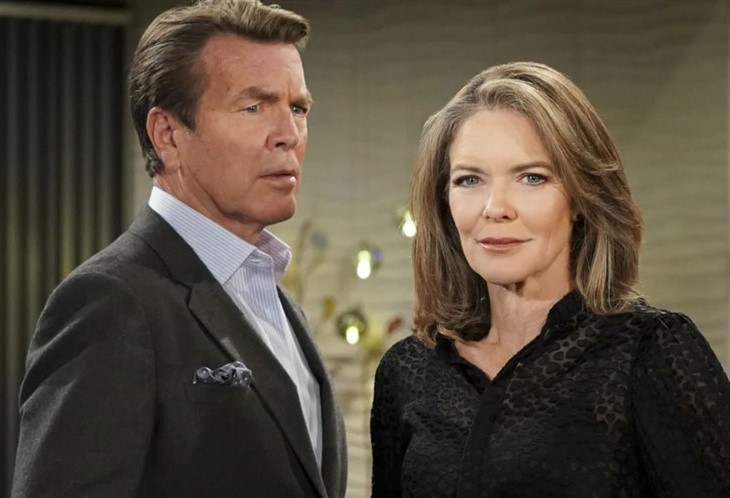 The Young and the Restless (Y&R) spoilers for Thursday, March 31, 2022, reveal Jack feeling like he has seen a ghost, but this mother of his child ain’t no ghost.

The Young And The Restless Spoilers – Jack Abbott Is Stunned Silent

Jack Abbott (Peter Bergman) clearly had no idea what to expect when he got on another plane to California to get to know his newfound granddaughter. He thought they’d have some coffee and get to know one another better but that’s the furthest thing from what happens. Instead, he meets the buyer for Keemo’s house and nearly passes out.

How could this be? How can Diane Jenkins (Susan Walters) be alive? She was so very dead the possibility of this happening just didn’t exist before. Sure, he has seen people die and come back for years cause he lives in a soap opera universe, but there are some deaths he was sure took and this was one of them?

But what does Diane want from Allie (Kelsey Wang) and why has she decided to make her presence known now? Jack has a lot of questions but will he get all the answers now? Probably not because this is Diane we are talking about. How will Phyllis (Michelle Stafford feel about this turn of events?

Y&R Spoilers – Is  Newman Victoria Putting A Plan Into Action?

Victor Newman (Eric Braeden) and Nikki Newman (Melody Thomas Scott) are also in shock on Thursday when Victoria Newman Locke (Amelia Heinle) tells her parents her new plans. She and Ashland Locke (Robert Newman) are going to get away from it all in Tuscany. It will almost be like a second honeymoon there and they can start fresh. They are tired of all the troubles in Genoa City and always feel like there are eyes watching them everywhere they go. So, they want to head back to the magical place they first got married all those many months ago,

Victor and Nikki can’t believe their ears. How could something like this happen? Victoria seemed like she believed them but then Ashland charmed her again? Or did he? Will that question be answered on their trip to Italy? Stay tuned to The Young and the Restless weekdays to see how these stories play out.