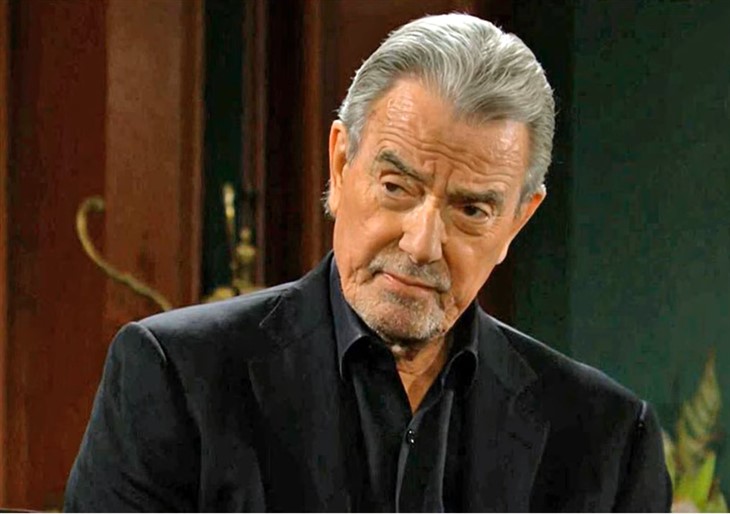 The Young and The Restless spoilers and updates tease that Victor Newman (Eric Braeden) will take the fall for Nikki Newman (Melody Thomas Scott) in Ashland Locke’s (Robert Newman) murder. Y&R viewers know it’s only a matter of time before somebody takes that monster out, and it could very well be Nikki!

The Young And The Restless Spoilers- History Repeats Itself?

There’s been a lot of hints on Y & R lately that history could repeat itself and Victor could protect Nikki for another murder she was responsible. Of course, now that everyone knows Diane Jenkins (Susan Walters) faked her death with Deacon Sharpe’s (Sean Kanan) help, the threat to Nikki’s freedom from that crime disappeared. But at the time when it took place, Victor took the fall and did the time, until it was proven an accident.

That wasn’t the only time Victor took a murder rap for Nikki – there was the time that Nikki killed JT Hellstrom (Thad Luckinbill) to protect Victoria. Hellstrom was an even worse scoundrel than Locke, but his abusive behavior turned out to be due to a brain tumor, revealed after his autopsy results came back.

Nikki will reach her breaking point and snap sometime in the week of May 23, and Locke may be the one responsible-she’ll want to snap his neck! Of course, it may not go down exactly like that but she might do something like she was accused of in Diane’s case – run him down with her car! If it does turn out that Nikki snaps and rids the Newmans of the scourge of Locke forever, you bet Victor will take the blame to protect his wife!

Even so, there will be a whole family full of suspects, and poor Chance Chancellor (Conner Floyd) will investigate; Chief Paul Williams (Doug Davidson) needs to hire more detectives! Rey Rosales’ (Jordi Vilasuso) unfortunate death left the GCPD rather short-staffed!

Chances are, unless there are witnesses and a person of interest in Locke’s murder turns out to be a slam dunk, there will be many suspects! Anyone he hurt or scammed could have motive, means and opportunity to take the monster out, and that could include Nick Newman, (Josh Morrow) Victoria or Adam Newman (Mark Grossman)! Who knows, Jesse Gaines could suddenly appear out of nowhere or Tara Locke (Elizabeth Leiner) – he certainly did her dirty!

Victor would take the fall for any of his family – even Adam if necessary; he loves all his children equally even if they don’t like it! It is the bane of Victor’s existence that his children don’t get along with each other!

Whatever happens, and however it happens, the world would be a better place without The Locke Ness Monster unless he truly redeems himself. But even if he tried, who would believe him – even saving Victoria from her burning car and suffering bad burns himself didn’t change anyone’s opinion of him! All it would take is for him to pull off just one more dastardly scheme for any number of people in Genoa City to take him out! But the way things look, with Nikki coming to her breaking point and snapping, it looks like she’ll be the one and Victor will take the hit!